The new iPhone 6s Plus are display in a Softbank store at the high-end shopping district of Ginza in Tokyo, Japan, on Sept. 25, 2015.
David Mareuil—Anadolu Agency/Getty Images
By Don Reisinger / Fortune

The iPhone launching next year will come with a notable upgrade, according to a new report.

Applied Materials is among the handful of companies planning to build organic light-emitting diodes for the iPhone that will launch in 2017, Bloomberg is reporting, citing an interview with Applied CEO Gary Dickerson. He added that sales for the OLED division at Applied reached $700 million in the second quarter, nearly equaling what it gets for an entire year.

While Dickerson didn’t mention Apple by name, he hinted that the company placed orders, saying “we all know who is the leader in terms of mobile products.” Indeed, Apple is the biggest customer for all of its screen providers, including Applied, according to Bloomberg‘s data.

The move to OLED next year is an important one for Apple. The company has, since the launch of the iPhone in 2007, only delivered LCD displays. Meanwhile, some of its competitors, including Samsung, have offered OLEDs in their recent top-end devices, including the Galaxy S7.

OLEDs deliver significant value over LCDs. For one, the technology allows screens to be thinner and present color more accurately. Additionally, because they’re bendable, it would also be possible for Apple to deliver a curved screen.

However, OLEDs are relatively new technology and don’t have the same manufacturing reliability as the established LCD. For that reason, Apple, which sells tens of millions of iPhones each quarter, hasn’t been able to find enough suppliers to accommodate what would be a massive order for OLEDs.

As time has gone on, however, OLEDs have become easier to build, allowing Apple to now explore the technology. If the latest reports are true, it’ll be possible for manufacturers to handle its demand by next year.

Yet Applied will likely be one of many companies delivering OLED panels to the iPhone. Last month, for instance, two Korea-based outlets reported that Apple had signed a $2.6 billion deal with Samsung Display. The deal would see Samsung Display deliver 100 million OLED panels for the 2017 iPhone. It’s also believed that competitor LG Display will also build some panels for Apple’s next handset.

That, of course, brings us to this year’s iPhone. Those reports, coupled with the latest from Bloomberg, suggest that the iPhone expected to launch later this year will come with an LCD screen. While it might be the last to feature the technology, the move would lend some credibility to reports from KGI Securities analyst Ming-Chi Kuo, among others, who say that the big iPhone upgrade will come next year, when the device will reportedly boast an OLED and all-glass enclosure.

This year’s update, those reports say, will deliver only minor improvements to design and features. 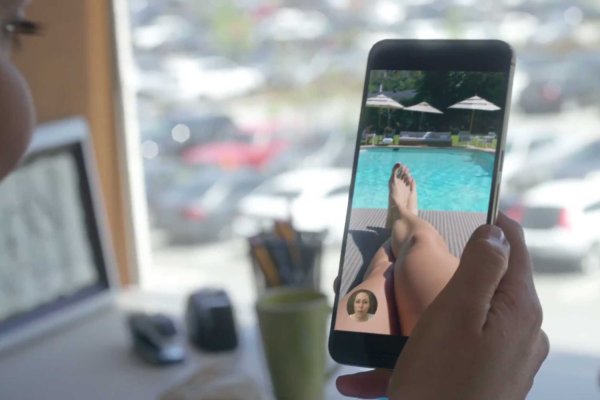 Google Wants You To Name Its Next Product
Next Up: Editor's Pick