Mount Everest Climber: 'Don’t Try to Reach the Summit at All Costs'

Ed Viesturs is pictured here in 2004, when he climbed Mount Everest for the sixth time.
Photo by Veikka Gustafsson
By Melissa Chan

Scaling Mount Everest and then living to tell the story boils down to understanding one thing—sometimes it can’t be done in one shot.

That’s according to renowned mountaineer Ed Viesturs. The bestselling author, who has stood on top of the world’s highest peak seven times, urged climbers looking to make the historic journey to stay within their limits after the mountain claimed the lives of at least three people in the last week.

“Everest is this iconic peak. It’s very magnetic. It draws a lot of people there,” Viesturs, 56, told TIME on Monday. “To be at the absolute pinnacle of the world and look around, it’s that perfect moment. But I’ve always had this motto that climbing has to be a round trip. I’ve always understood that getting off the mountain was more important than getting to the top.”

Viesturs didn’t accomplish the feat until his third try in 1990. “For me, it was one of those dream-come-true moments,” he recalled. He had come close to reaching the top before that but turned around, 300 feet from the summit, due to grueling weather conditions. The decision likely saved his life. “It was a goal of mine and a dream, and the reason I took so long was that I was willing to walk away when I needed to,” he said.

The Washington native, who now lives in Idaho, is also credited with being the only American to have climbed the world’s 14 highest mountain peaks, and the fifth person to do so without using supplemental oxygen. But it took him 21 attempts—seven of which resulted in him giving up.

“It’s OK. It’s not a failure,” he said. “We call it listening to the mountain. The mountain decides what you get to do. That’s something that you really have to listen to. If you’re rushing, if you’re thinking it has to happen today, then you’re going to make bad decisions.”

Out of his nearly 30 expeditions, Viesturs has never been injured, and he’s never had to see a teammate die on any peak. However, he understands that casualties can come with the territory on the 29,000-foot Everest, which re-opened to climbers last year for the first time since a devastating earthquake struck Nepal.

“It’s not uncommon. There are a lot of people up there right now because the weather is good. You’re getting hundreds and hundreds of people in a dangerous arena, and things are going to happen, unfortunately,” he said.

Some deaths are caused by natural weather occurrences, but most people who fall ill will suffer from altitude-related illnesses, Viesturs said. “It happens. Some people’s bodies simply don’t adapt, even the ones using supplemental oxygen,” he said. “It’s the big leagues. It’s a whole other realm. It can get 20 below 0 and maybe even colder. And if you throw some wind on top of that, it can become very dangerous.”

Only experienced climbers should try the climb, Viesturs warned.

“Don’t try to reach the summit at all costs,” he said. “A lot of people go, ‘This is my once-in-a-lifetime opportunity,’ and that makes it harder for people to be willing to turn around. Up there, you’re so tempted. Other people keep going. You kind of get swept up in that.” 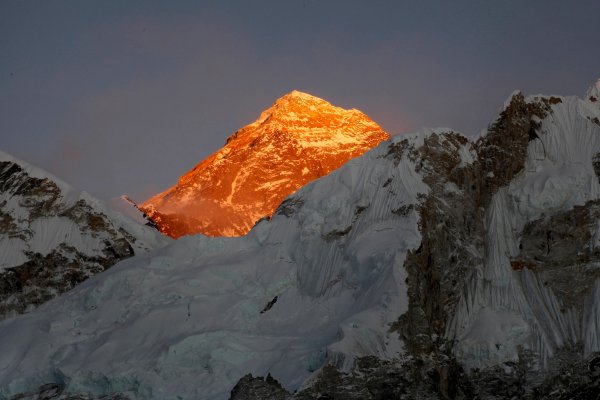