Justin Bieber fans in Argentina marched through Buenos Aires recently to protest the ban on having the pop singer perform in the country. Bieber was banned from performing there following a series of incidents in 2013.

Last week, Bieber apologized to fans via Twitter saying he was sorry for not being able to bring his Purpose tour there.

Fans responded in kind, participating in #MarchaBelieber that drew hundreds of “Beliebers” to a courthouse in Argentina. According to the Associated Press, fans held signs reading “Argentina Needs Justin” and “Right to Music.”

Justin Bieber’s Purpose tour includes 114 performances and makes a reported $1 million per show, according to Forbes. 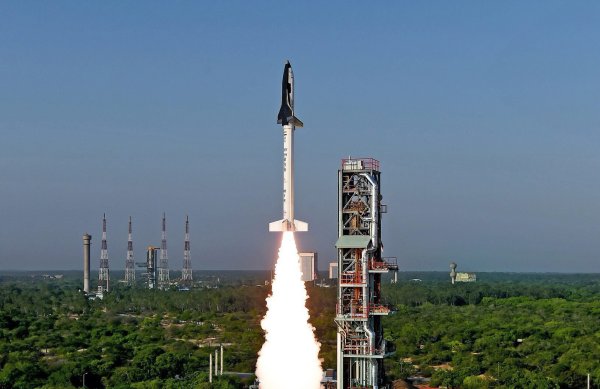 India Just Launched Its First Spacecraft
Next Up: Editor's Pick