Game of Thrones actor Kristian Nairn, who plays the loyal Hodor on the hit HBO show, had tears in his eyes as he watched his character die in a heartbreaking and shocking scene on Sunday.

Nairn, who lives in Belfast, got emotional as he watched the farewell scene on Sunday for the first time with the rest of the world, he told Entertainment Weekly. “I had tears in my eyes. I don’t see myself on screen, I see Hodor. I always talk about him in the third person. I just saw the character die and it was very sad,” he said.

The oversized companion and protector of Bran Stark died a hero after saving Bran and Meera’s lives. Hodor’s tragic end, which came after fans learned why the only word he can say is his name, was fit for the show known for its twists, Nairn said.

“I couldn’t be happier how he has gone out,” the actor told EW. “The interesting thing is it’s kind of left open. You don’t actually see him [die]. It’s implied. So who knows? He may come back as a White Walker. Maybe he got away. But it’s a really good way to do it. I couldn’t have asked for a better goodbye to a character I love.”

Read the rest of the story at EW.com 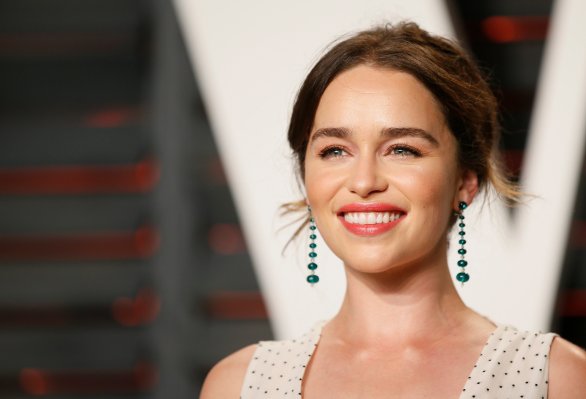 Emilia Clarke Danced The Funky Chicken During Her Game of Thrones Audition
Next Up: Editor's Pick