Vietnam Gets to Vote in Elections, but the Communist Party Picks Who's on the Ballot

A woman casts her ballot at a local voting station in Hanoi on May 22, 2016
Hoang Dinh Nam—AFP/Getty Images
By Simon Lewis

As President Obama arrived in Vietnam with hopes of building stronger ties with a country on the front line of Southeast Asia’s maritime standoffs, Vietnamese voters went to the polls to select some 500 members of its National Assembly.

But rather than demonstrating that the Communist Party of Vietnam is becoming more responsive to the country’s increasingly educated and connected population, observers say Sunday’s polls underlined the fact that the administration is dealing with a one-party state that brooks little dissent.

According to official data cited by local media, the names of just 11 self-nominated independents were allowed onto the ballots. The rest of the almost 900 candidates were nominated by the central government or local authorities, all of which are controlled by the party.

“Vietnam’s election is a bad joke from a one-party dictatorship, nothing more than a ruse wrapped in red banners and propaganda statements to deceive the international community,” Phil Robertson, deputy Asia director at Human Rights Watch, tells TIME. “The disqualification of just about all the independent candidates from the ballot shows that this exercise is not about democracy or accountability, but rather about continuity of the ruling Communist Party’s power.”

Independent candidates had been allowed at previous elections, but this time more stepped forward, and some of the 162 hopefuls were government critics who wanted to push the boundaries of what’s possible in the country. They included outspoken former businessman Nguyen Quang A and Mai Khoi, a popular musician described as Vietnam’s answer to Lady Gaga.

Some independents reportedly received threats and intimidation ahead of the election, and some were detained by authorities after putting themselves forward.

Obama’s visit is part of his administration’s foreign policy “pivot” toward Asia and seen as an effort to counter China’s assertiveness in region, particularly over the contested waters and atolls of the South China Sea, where Vietnam and China have competing claims. On Monday, Obama lifted a long-standing ban on sales of U.S. arms to Vietnam.

Ahead of the visit, campaigners urged Obama to press the Vietnamese government on its record of human-rights abuses, which include the detention of political opponents, beatings and harassment of activists and suppression of labor rights, according to groups monitoring the country. 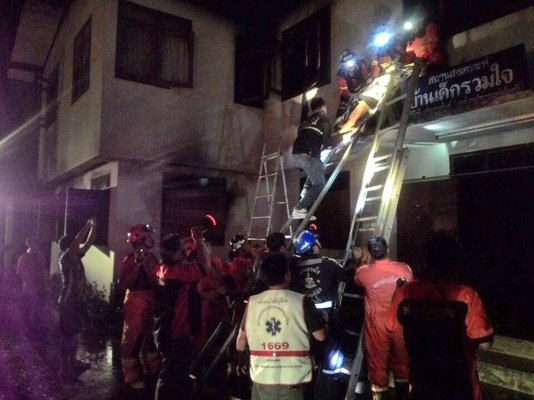 Fire Kills at Least 17 Schoolgirls in Thailand Dormitory
Next Up: Editor's Pick