Director Ken Loach poses for photographers with the Palme d'Or for his film I, Daniel Blake during the photo call following the awards ceremony at the 69th international film festival, Cannes, France, on May 22, 2016.
Joel Ryan—AP
By Melissa Chan

British director Ken Loach on Sunday took home the Palme d’Or, the highest prize awarded at the Cannes Film Festival for his film, I, Daniel Blake.

The 79-year-old, who had returned from retirement to make the film, said in French that it was “very strange” to win the prestigious award in such a glitzy surrounding considering the conditions endured by the people who inspired his movie, The Guardian reports.

“The festival is very important for the future of cinema,” Loach said, according to the newspaper. “When there is despair, the people from the far right take advantage. We must say that another world is possible and necessary.”

I, Daniel Blake is about an injured carpenter who fights to stay on welfare.

This is the second Palme d’Or that Loach has received, according to The Guardian. He had also won the prize for his 2006 film The Wind That Shakes the Barley. 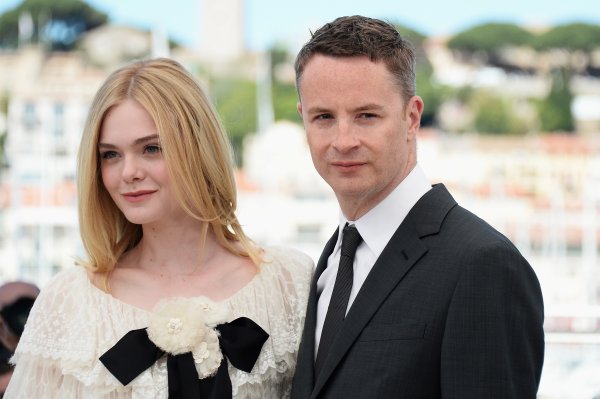