A life jacket, a shoe, a white handbag, a tattered blue airline blanket: these were among the fragments recovered from the EgyptAir passenger jet that plunged into the Mediterranean on Thursday. Egyptian navy search teams scooped the items out of the sea and released a video of the items on Saturday.

The debris provided a haunting illustration of the fates of the 66 people who were onboard the red-eye flight from Paris to Cairo on Thursday morning. But the shreds of fabric and foam found north of the city of Alexandria offered little indication of what caused the jet, an Airbus A320, to suddenly swerve and then fall 38,000 feet into the sea. In Egypt, relatives mourned their loved ones without their bodies.

The crash of EgyptAir Flight 804 is the second aviation disaster linked to Egypt in the past eight months. It follows the downing of a Russian passenger plane over the Sinai Peninsula in October 2015 that killed 224 people in an act claimed by a branch of the Islamic State group in Egypt. Thursday’s crash places further international scrutiny on Egypt’s government as it wrestles with the economic and political fallout from a series of high-profile incidents that have killed both Egyptians and foreign nationals.

The government’s response to this week’s disaster produced at least one contrast with its handling of the Russian plane crash. For months, Egyptian authorities resisted the notion that the Russian plane could have been brought down by a bomb, even as U.S. and Russian officials pointed to terrorism as the cause of the disaster. On Thursday, Egypt’s Aviation Minister Sherif Fathi said that “a terror attack” was a more likely cause than a technical failure, even as French officials refused to assign a cause in the early days following the crash.

Egyptian officials may feel that some of the scrutiny on Cairo may be unwarranted, since the plane departed from Paris, which could eventually raise questions about security there as opposed to within Egypt. The majority of the victims were in fact Egyptians. Officials at the Egyptian Foreign Ministry did not respond to requests for comment.

“If this was a terrorist attack, then there was a catastrophic French security failure,” said Mokhtar Awad, a research fellow at George Washington University. “Whether the Egyptian government likes it or not, in people’s consciousness, Egypt is still involved. The impact to tourism and the economy is still negative.”

Following the Russian Metrojet plane crash on Oct. 31, a branch of ISIS based in Sinai claimed responsibility for bringing the plane down. The militants later said they had smuggled a bomb hidden inside a pineapple-soda can. After lethal attacks in Paris and Brussels, the Islamic State group also claimed responsibility within a day following the violence. As of Saturday afternoon, no one had claimed the downing of the Egyptian plane as a terrorist attack.

Tourism is a central pillar of the Egyptian economy, and this week’s crash is likely to deal another blow to the already struggling industry. Following the Metrojet crash, the number of tourists arriving in Egypt plummeted from 909,000 visitors in October 2015 to 347,000 in February 2016. This week’s crash is likely to further undermine those numbers and dampen hopes of a revival of the Egyptian economy still adjusting following years of political unrest and militant attacks.

Other incidents have also raised international concerns about the security situation in Egypt. Last September, Egyptian security forces killed 12 people including eight Mexican tourists after mistaking them for militants in Egypt’s vast western desert region. In February, the tortured body of an Italian doctoral student was found outside Cairo, raising suspicions from rights groups that he had died at the hands of security agents. The killings underscored ongoing rights abuses under the current government that have included the deaths of more than a thousand people since the military deposed an Islamist government in 2013.

In the Sinai Peninsula, Egypt’s security forces are waging an ongoing battle with insurgents affiliated with ISIS. An insurgency has been ongoing in Sinai for years, with attacks accelerating in 2013. A wave of deadly bombings and attacks peaked in the summer of 2015 with the assassination of Egypt’s chief prosecutor in a Cairo car bombing coupled with a major offensive by militants against security forces in north Sinai.

In addition to the anguish and bewilderment about this week’s plane crash, some Egyptians are also feeling a sense of disaster fatigue.

“I think there is a feeling in Egypt that we are suffering from too many, one after the other, crises and disasters, of different sorts,” said Samer Shehata, a renowned expert on Egyptian politics at the University of Oklahoma. “It is almost too much to handle, regardless of one’s political position or outlook on the current regime. It is both nationally exhausting and terribly, terribly sad.” 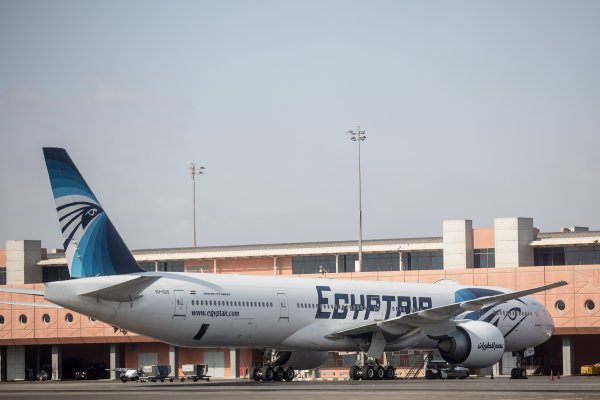 EgyptAir Crash Could Be Another Blow to Country's Tourism
Next Up: Editor's Pick