Many of today’s fitness trackers are starting to become more like smartwatches, while newer Internet-connected timepieces are capable of monitoring more data about our health.

Gadget startup Pebble is following this trend with an updated version of its original watch, dubbed the Pebble 2. The new $129 model will be able to count users’ steps, track their sleep, and monitor their heart rate, marking the company’s first entry-level device with fitness-tracking capabilities. It will ship in September and early Kickstarter backers can order it for a discounted rate of $99.

The Pebble 2 features an e-paper screen like its predecessor and will be available in five colors. The overall design is noticeably slimmer, and the size of the bezels that frame the display have been reduced. Pebble has also made some tweaks to the watch’s software that make it easier to access apps and other functions.

Also on the way is a new Pebble Time, which for $169 comes with a larger, sharper screen compared to the current version. It ships in November.

At first glance, the Pebble 2 seems like a solid deal for those seeking something that combines the elements of a smartwatch and fitness tracker. It’s less expensive than most other wrist-worn wearables that can measure your heart rate, like the $149.95 Fitbit Charge HR, $300 Gear S2, and $249.99 Microsoft Band.

Pebble first attracted attention roughly four years ago when its original e-paper smartwatch raised more than $10 million on Kickstarter. But the wearable technology market has since become more crowded. Technology giants like Apple and Google, among others, have pushed into the space, bringing their R&D and marketing budgets along. Once seen as an early leader of the category, Pebble does not rank in IDC’s latest list of the top five wearable vendors by market share.

Still, Pebble CEO Eric Migicovsky argues the competition has given his company the chance to “explain how and why we’re better at certain things.”

“I don’t think the best solution on the wrist is something generic [that] tries to do everything,” says Migicovsky. “There’s a particular set of things people are actually looking for. We’re focused on that, we think those two things are notifications and health and fitness.” 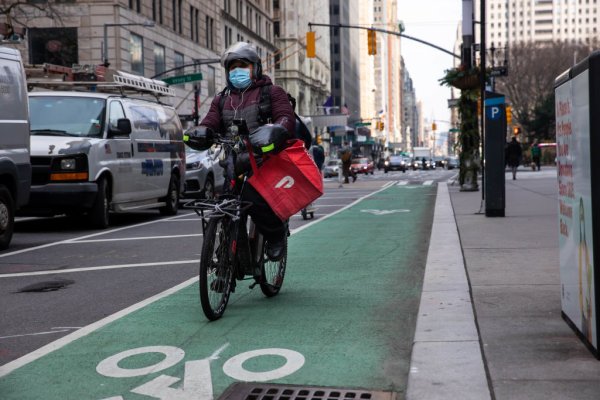 E-Bikes Are Taking Off—But We Need to Make Space for Them
Next Up: Editor's Pick