Neutral bathroom signs in public facilities indicate to patrons they are free to pee, regardless of their gender
Jonathan Drake—Reuters
By Tessa Berenson

Reuters reports that Oklahoma’s resolution calls on the state’s members of the U.S. House of Representatives to file articles of impeachment against Obama, U.S. Attorney General Loretta Lynch, and others for overstepping constitutional authority.

According to Reuters, the state legislature’s measure does not have the force of law. And the Washington Post reports that the impeachment effort is “doomed” and “highly symbolic.”

The Obama Administration’s guidelines are not legally binding, but implicitly threaten withdrawing federal funding from schools that do not allow students to use the bathroom of their preferred gender, regardless of sex assigned at birth. 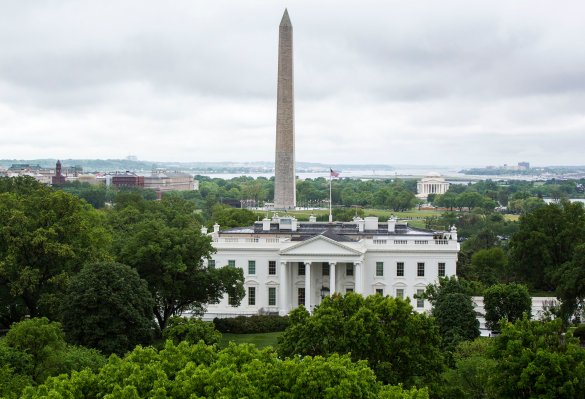 1 Wounded in Shooting Outside White House
Next Up: Editor's Pick