Actress Blake Lively came under fire for posting an Instagram this week referencing her “Oakland booty.” But at least one person has jumped to her defense: Sir-Mix-a-Lot, who wrote the original song with the lyric Lively was quoting.

“I wrote the song because I wanted Cosmopolitan, I wanted all these big magazines to kind of open up a little bit and say, “Wait a minute, this may not be the only beautiful,” the rapper told The Hollywood Reporter about writing his hit “Baby Got Back” and the cultural pressure to be skinny.

“Fast-forward to Blake Lively. For her to look at her butt and that little waist and to say “L.A. face with an Oakland booty,” doesn’t that mean that the norm has changed, that the beautiful people have accepted our idea of beautiful?” he continued.

“It sounds like to me like she was giving the line props,” he said of the positive connotations of Lively’s post. “I think we have to be careful what we wish for as African-Americans, because if you say she doesn’t have the right to say that, then how do you expect her at the same time to embrace your beauty? I mean, I don’t get it. I think it’s almost a nod of approval, and that was what I wanted. I wanted our idea of beautiful to be accepted.”

Lively was criticized for being racially insensitive in her choice of words. 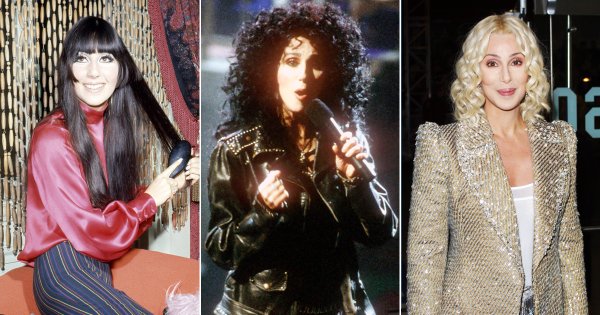 See the Evolution of Cher's Style
Next Up: Editor's Pick