Rep. Johnson: How to End the Stigma of Mental-Health Disorders

Eddie Bernice Johnson is a U.S. Representative for Texas.

“I’m so OCD.” You have probably heard someone say this in everyday conversation. But what does he or she mean? Is this person admitting to having a common, chronic and long-lasting disorder, in which he or she has uncontrollable, reoccurring thoughts (obsessions) and behaviors (compulsions) that he or she feels the urge to repeat over and over? Or does he or she just like to have his or her desk tidy? Casual colloquial comments like this underscore how we all can misuse terms and diagnoses for very real, very serious mental-health problems that are affecting real people.

During the month of May, we recognize Mental Health Awareness Month. At a time when America’s mental-healthcare system is in need of major reform, I want to take this opportunity to discuss the stigma surrounding mental health disorders. We still have a lot of work to do before we are able to discuss mental health in a way that empowers those afflicted by the disorders and educates those who support them. While we have made improvements, we only need to look at our modern day TV shows and pop culture media to see the stigmatization associated with mental-health disorders.

When a person makes the statement “I’m so OCD,” he or she does not usually understand the gravity of the disorder. He or she does not know how restrictive an obsessive compulsive disorder can feel, or how isolating it be not to have an outlet to discuss these restrictions. From 2002-2009, obsessive compulsive disorder was featured in the USA Network series Monk. The lead character, Adrian Monk, was a brilliant homicide detective, whose OCD caused him to excel at his job. While the depiction of Detective Monk and his quirky character entertained audiences, it did not realistically portray the frustration or pain a person suffering from OCD feels. Instead, it somewhat glamorized a serious mental health disorder that is potentially debilitating. (Read a good description of the portrayal of OCD in Monk here.)

Now, juxtapose that with Lena Dunham’s hit HBO-series Girls. Without losing its humor, the show depicts the fear of having OCD, of being constantly able to fall back into bouts of the serious disorder, and how a mental health disorder is truly a disease. In the same way that a benign tumor can suddenly become malignant, Hannah’s (Dunham’s character) compulsions to make everything happen in series of eights can return at any time in life and debilitate its victim.

In everyday conversations, we need a much more Girls approach to discussing mental-health disorders. Luckily, just last week, affable actress Kristen Bell summed it up beautifully: “If you do decide to go on a prescription to help yourself, understand that the world wants to shame you for that, but in the medical community, you would never deny a diabetic his insulin. Ever. But for some reason, when someone needs a serotonin inhibitor, they’re immediately crazy or something.”

Bell’s statement demonstrates all the reasons we need to treat mental health with serious questions, serious empathy and immediate responses. The best models for psychiatric treatment respond quickly and early in the stages of mental illness. Otherwise, patients face the daily stigma of mental illness on top of being unable to access mental health services.

According to information gathered by the National Alliance on Mental Illness, approximately 1 in 5 adults in the United States—that is 43.8 million people—experiences mental health illness in a given year.

The average person talks to at least five people on any given day. So instead of saying “I’m so OCD” when you really enjoy the precise layout of your garden, look and listen to people who are suffering from any mental-health disorder. Let them know you are there to support them through their disease. 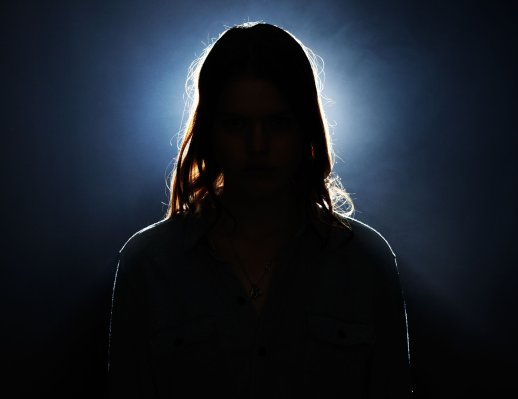