Now You Know: What Happens If the President Gets Drunk?

While the 25th Amendment provides guidance about what happens if the President is “unable to discharge the powers and duties of his office” there’s no clear provision for the extremely temporary instance of having had too much to drink. The law provides no standard guidelines for what to do if the President drinks to excess and no clarification of how much is too much to govern or be seen in public—and social standards on that last point have changed dramatically over the years.

“When you talk about presidents drinking in the White House, alcohol is a moving part like anything else,” says Brian Abrams, author of Party Like a President: True Tales of Inebriation, Lechery, and Mischief From the Oval Office. “I don’t think there’s some definitive answer that when the president gets drunk it’s bad.” Abrams says history is full of both positive and negative stories about presidential drinking habits, ranging from favorite liquors and celebrations to the appearance of extravagance and questions of who is in charge.

Abrams does note that presidents tend to curtail their drinking by the time they get to the White House. “I don’t care if it’s the 1880s or the 1980s, people are watching you, and your time is more precious,” he says. “There are more people to see, there’s more to do and so you probably, on a practical level, don’t have time.” Take, for example, Ulysses S. Grant: While there are stories of Grant being very intoxicated while in the army, even as a General during the Civil War and even to the point of illness, Abrams says there was no real account of Grant being recklessly drunk during his time as President.

Which is not to say that presidents don’t drink. For example, Lyndon Johnson was known to drive around his Texas ranch in a white Lincoln continental convertible, followed by Secret service agents in a station wagon, enjoying a drink. Joseph A. Califano Jr, who served as Special Assistant to Johnson, described the scene:

Abrams says that Johnson’s drives weren’t just an opportunity to relax, but were also an instance in which Johnson would use the casual atmosphere to butter up reporters and congressmen alike.

Stories about presidential drinking often lead to Richard Nixon, who provides perhaps the best moment-by-moment example of what actually does happen if a President is drunk. Watergate reporters Bob Woodward and Carl Bernstein wrote a book about Nixon’s last days in the White House in which they note that the President’s “inability to handle more than one drink was well known to his intimates.” Between Nixon’s low tolerance and his tendency to record what was going on in his office, he provided a helpful record for historians of this question. The answer, if Nixon is any indication, is that business continues as usual—with the assistance of those who can run interference until the President sleeps it off.

For example, on Oct. 11, 1973 at 7:55 p.m., transcripts of Secretary of State Henry Kissinger’s telephone conversations show he took a call from Brent Scowcroft, who was then an assistant in the administration. The Yom Kippur War between Israel and Egypt was underway and 10 Downing Street, the British Prime Minister’s office, had called to inquire if Nixon would be available to talk to the British Prime Minister on the subject of the Middle East. Kissinger and Scowcroft decided that, despite the pressing business, the P.M. could either talk to Kissinger or he could wait.

“Can we tell them no?” Kissinger asked Scowcroft. “When I talked to the President he was loaded.” 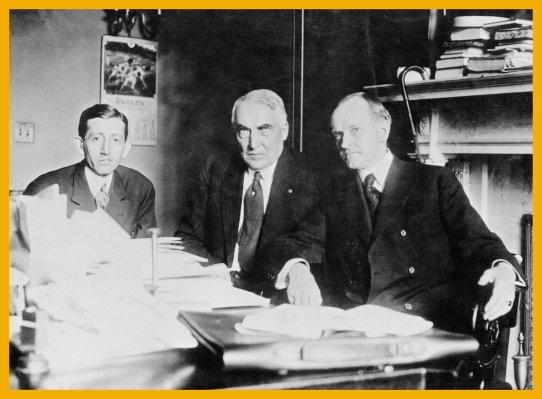 Now You Know: Where Was the Original 'Smoke-Filled Room'?
Next Up: Editor's Pick