Airport Workers in the Spotlight After EgyptAir Crash

It could be weeks before officials know why EgyptAir Flight MS804 vanished from the sky on Thursday morning, with 66 people on board. But French authorities have begun hunting for a cause, including the possibility an explosive device might have been placed on board the Paris-Cairo flight at Charles de Gaulle airport.

Among the many variables under scrutiny on Thursday were the employees of Paris’s Charles De Gaulle Airport, according to sources cited in the media. The Egyptair A320 aircraft landed at the airport from Cairo on Wednesday night, and spent about one hour on the ground before taking off at 11.05 p.m. for its return trip to the Egyptian capital. A Russian jet was blown up over the Sinai desert in Egypt last year by a bomb apparently placed in the aircraft’s hold by a ground staffer while it was on the tarmac at the country’s Sharm el-Sheikh Airport.

There was no specific information pointing to a security breach at the Paris airport, which handles about 65 million passengers a year; the doomed Egyptair plane had also been at Asmara, Tunis and Cairo airports during the 24 hours before landing in Paris. And aviation experts said Thursday the Paris airport took nearly every measure possible to avoid one.

“The security measures are among the strictest in the world,” aviation specialist Xavier Tytelmann said in an interview on Europe 1 Radio. If a terror attack on the Egyptair plane originated at CDG Airport, he said, “it would be completely incredible, given all the procedures we have in place. That would mean that no country in the world is reliable, because we have the highest standards you can find.”

Armed French soldiers have patrolled the airport’s terminals continually ever since the Charlie Hebdo terror attacks in Paris in January, 2015. Their numbers have increased since the November attacks. In a highly unusual measure, French police meet every flight that lands in Paris from a Middle East country, standing at the jetway and checking every passenger’s passport as they walk off the plane, before allowing them into the airport building. All bags are inspected after passengers drop them on conveyer belts at check-in desks, according to Gérard Feldzer, an aviation consultant and former Air France pilot.

Even so, there have been rising concerns over the past year about the potential security risks among the CDG staff. After the Paris attacks last November, officials said it was reviewing the records of about 86,000 employees who had been issued with badges that allowed them access into the secure area known as the “reserved zone.”

After that review, officials canceled the security clearance for about 12 staff members, according to Jean-Charles Brisard, chairman of the Center for the Analysis of Terrorism in Paris. The reasons were “because of their links to Islamism and for some of them groups linked to terrorism,” he told TIME on Thursday.

Another 57 people working at CDG lost their security clearances between January and November last year, according to airport police official Philippe Riffaut. He told a French newspaper at the time that the staff review took into account “radicalization of personnel,” and noted whether male staff members refused to work alongside women colleague. Airport police also opened thousands of staff lockers in search of drugs, weapons and “religious literature with serious propaganda,” Riffault said.

While there is still no reason to believe Thursday’s crash involved a security flaw at the facility, there is particular reason for concern about CDG. The sprawling airport sits just on the edge of Seine Saint-Denis, a district 16 miles northeast of Paris with France’s highest proportion of immigrants, the majority from Muslim communities in the North and West Africa, according to official statistics.

The airport is a key source of jobs for local residents, who have been hard hit by years of recession and high unemployment. In recent years the area has earned a reputation for being a flashpoint of radicalism. Five days after the Paris attacks in November, police cornered the mastermind of the operation in a hideout in Seine Saint-Denis, killing him in a fierce gun battle.

Concern about airport security has risen sharply in Europe since two bombs exploded in Brussels Airport on March 22, killing 11 people. E.U. officials have since debated whether to install security cordons outside airports on the continent.

Europol Director Rob Wainwright told TIME last week that “airport security standards are very high in Europe,” and that many believed that cordons around airport perimeters would simply move back the point at which a terror attack could occur, rather than eliminate the risk. “How much of our values, and our freedom of movement do we want to compromise in the name of security?” he said. 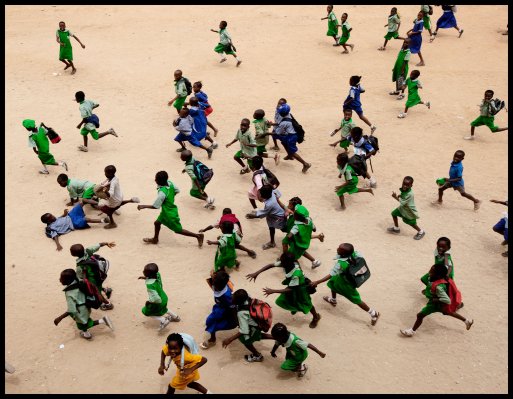 Online Education Can Help Africa—But it Can’t Solve its Critical Need For Real Schools
Next Up: Editor's Pick