What Science Says About the Bathroom Debate

Everybody welcome. Evolution doesn't discriminate.
Peter Dazeley—Getty Images
Ideas
By Jeffrey Kluger
Jeffrey Kluger is Editor at Large for TIME magazine and the author of ten books, including Apollo 13, Apollo 8 and two novels for young adults. He has written more than 40 cover stories for TIME on topics ranging from space to human behavior to climate to medicine. Along with others at TIME, Kluger is an Emmy nominee for the web series A Year in Space.

Want to see a living experiment in what happens when traditional gender lines are truly blurred? Forget North Carolina or Mississippi or any of the places in the U.S. where politicians have made the question of which person uses which bathroom an unlikely cultural flash point.

The fa’afafine are, nominally, boys — with a boy’s anatomy and a boy’s chromosomes and, therefore, the “boy” box ticked on their birth certificate.

But the fa’afafine are something more too. They’re typically gay, yes, but they think and act and dress and feel almost entirely “in the manner of a woman,” which is what fa’afafine means. They are thus considered — even embraced as — a third sex.

Typically, the fa’afafine assume traditional female roles in the Samoan culture and, while they are less likely to have children of their own than heterosexual males are, they compensate by being exceedingly dedicated alloparents — the broad category of family caregivers that also includes uncles and aunts and grandparents. That makes the fa’afafine especially prized by evolution. Babies with a greater number loving adults looking after them have a better chance of surviving than those with fewer.

Oh, and as to which public bathrooms the fa’afafine use? Nobody flipping cares.

That’s worth keeping in mind as advocates of restrictive bathroom laws argue that separate accommodations for men and women are more than merely custom, they’re fundamental to human nature — just the way nature wants things to be. On its surface, a scientific argument like this does seem to track.

All evolution is in one way or the other built around the goal of reproducing yourself and your genes, so it stands to reason that there should be no ambiguity about the gender we present to the world, and typically there isn’t. Indeed, we work hard to advertise our maleness or femaleness in the most appealing ways possible. That’s the purpose of sexual signaling like makeup for women or muscle shirts for men.

Ambiguity in this context should be unsettling, especially in public places that require us to disrobe even partially. Things get more disturbing still when the specter of male sexual predators masquerading as females to gain access to women’s bathrooms is thrown into the mix. But none of these arguments bear close scrutiny.

The easiest part to dispense with is the least scientific part — the dangerous man in the girls’ bathroom. Transgender people are no more or less likely to be sexual predators than any other people, and a biological male who wanted to cross-dress to gain access to a bathroom not meant for him would have been doing it already — and presumably could continue to do it despite local laws.

As my colleague Michael Scherer reports in this week’s TIME cover story, “The FBI and local law enforcement do not keep consistent stats on the number of crimes committed in public restrooms, so there is no way to track every claim … But there is not yet any anecdotal evidence that trans-friendly rules have been abused by predators, or that incidents of violence or sexual assault have increased.”

More nettlesome is the human-nature argument. It’s undeniable that for most people the idea of mixed-gender bathrooms may take some getting used to, but the question is why, and the answer has less to do with evolution than socialization. Even in cultures that have rigid bathroom-division norms, the rules break down fast depending on context — consider camping trips, co-ed dorms, crowded stadiums or theaters where women waiting in long bathroom lines are often waved into the men’s room to help speed things up. And those comparatively conservative cultures are by no means the only kind.

Even outside the bathroom, sex divisions in the U.S. have blurred and blurred again over just the past half century so that what was once jarring — men with long hair, women in pants, earrings and piercings and tattoos on both sexes — has become entirely unremarkable. A culture that embraces a style trend like the 1990s’ androgyny chic is not a culture governed by genetically determined gender roles.

“We are not sacks of genes walking through the world acting on instinct alone,” says anthropologist Eric Plemons of the University of Arizona. “We are people who learn to see ourselves and each other through the frameworks of cultural practices.”

Yes, some of those those cultural practices can be more deeply felt than others. The proper way to hold a fork is a cultural practice too, but we don’t get terribly rattled when it’s violated. However, the mere fact that we do get rattled—at least at first—by the unexpected anatomy of somebody sharing a locker room with us, does not mean that’s the way we’re all hardwired.

“It would be worth asking who thinks transpeople using the bathroom is such a big deal,” says Plemons. “Clearly groups living in different geographic regions of the U.S. do not have substantively different evolutionary pasts, so why is panic about trans-people organized so differently across the country?”

The answer to that question is partly benign — a large heterogeneous country is likely to be home to many different regions with many different customs and practices. And it’s partly cynical — with some of those regions adopting policies that appeal to an ideological faction, even if it comes at the expense of a minority.

But all of the people in all of those places do come factory-loaded with a human sense of fairness and compassion and empathy — and those are traits that cut across all cultures. For legislators considering restrictive bathroom laws, that should be all the science that’s necessary. 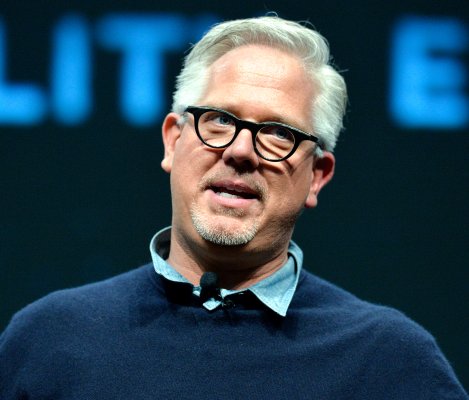 Glenn Beck: Facebook Made Us Feel More Welcome Than the Republican Party Has
Next Up: Editor's Pick