As the days get longer in Europe, a collective sense of relief is almost palpable after a six-month period in which ISIS mounted devastating attacks in Paris on Nov. 13 and in Brussels on March 22. One hundred and sixty-two people died in total. Yet the question remains: Is there more violence on the horizon?

The answer is almost certainly yes. Of the 5,000-plus Europeans who have left to fight with jihadist groups in Syria and Iraq, at least 1,600–about one-third–are back in Europe, according to intelligence estimates. Many other radicalized Europeans never left home at all. That means there could be hundreds of potential terrorists scattered throughout Europe, many battle-trained. Any of them could strike on home soil.

That’s the bleak assessment of the E.U.’s law-enforcement organization Europol, which works alongside police and security agencies in Europe to fight crime and terrorism. Europe, its experts say, remains a prized target for terrorist groups, and they have plenty of fresh recruits. “The threat is alive and current,” Europol director Rob Wainwright tells TIME, sitting in the organization’s fortresslike headquarters in the Hague. “Another attempted attack is almost certain.”

If Europe is going to stay safe, it will need a coherent, transnational plan of action. But so far it has not been able to form one. Although millions of Europeans can hop across multiple internal E.U. borders with no passport required, policing remains mostly a local affair, with services often reluctant to share information within their own countries, let alone with the rest of Europe. “Some countries are still refusing to cooperate on intelligence,” says Jean-Charles Brisard, chairman of the Paris-based Center for the Analysis of Terrorism. “Only a few are really willing.”

Another obstacle is the E.U.’s plodding lawmaking. A measure requiring airlines to share passenger data finally passed the European Parliament last month–five years after the idea was introduced. But that’s just the start. For the legislation to take effect, each of the 28 E.U. countries needs to pass its own national law, and that could take two more years. Nimble jihadi groups, by contrast, suffer no such bureaucratic delays. “We have to be as fluid as the threat we are facing,” says Europol chief of staff Brian Donald.

That won’t be easy. Experts say ISIS can now turn a recruit into a potential attacker within days. Last summer a French ISIS recruit named Reda Hame returned to Paris after just one week’s training in Syria, with instructions to mount an attack; police caught him in August, thanks only to a tip-off from an accomplice. “The speed of radicalization is often startling,” Wainwright says. “Traditional intelligence exchange is not enough.” ISIS is finding recruits not just in Europe’s more hard-line mosques–obvious places to monitor–but also in the criminal underworld. Wainwright says all six Brussels attackers, and six of the 10 Paris attackers, had rap sheets. Police files could be a source of rich data, he says, “if only we can find the right mechanism” to get different security services working together.

There are some signs the barriers could be cracking. Timothy Kirkhope, a member of the European Parliament, says he pushed for years to have police from different countries coordinate on investigations but faced deep distrust on every side. That has changed in recent months, he says, adding, “It has taken a Paris and a Brussels to really have teams working together.”

There is plenty for them to do. For a month beginning on June 10, 1 million soccer fans will attend the quadrennial European Football Championship, hosted by France. Antiterrorism squads have spent months conducting mock drills, determined to avert an attack on the tournament, a prime ISIS target. Meanwhile, experts including Wainwright say that if Britons vote to leave the E.U. in a June 23 referendum, the U.K. will be cut off from data-sharing agreements and more vulnerable to attacks. 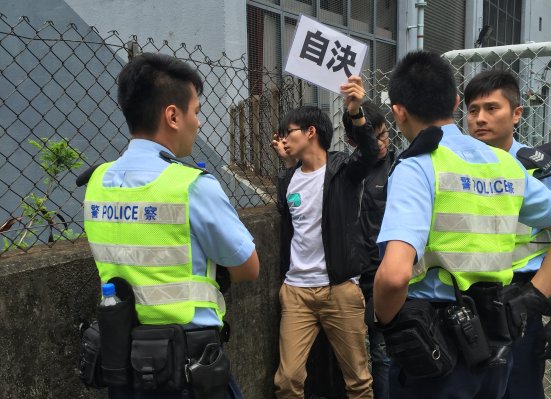