Why Sleep Is Your Best Tool For Productivity

“You can sleep when you’re dead.”

“There is no rest for the weary.”

“Sleep is a symptom of caffeine deprivation.”

Our culture, and certainly our workplaces, are filled with language like this glorifying sleep deprivation and lauding tiredness as a badge of honor. In many industries, including entrepreneurship, you’re often expected to work around the clock. If you’re not working, you’re slacking. And if you’re sleeping instead of working, well you might as well be a soulless corporate drone with no understanding what it means to be passionate about what you do.

The Muse: 6 Steps That’ll Make It Harder For You To Give Up On Your Goals

But research shows time and again that this is not the case. Studies suggest that not getting enough sleep impacts memory formation. Physicians-in-training working excessive hours were found to be at increased risk of injuring their patients or themselves. And if those two facts aren’t scary enough, a sleep psychologist at the University of Texas Southwestern Medical School discovered that missing the equivalent of one night’s sleep is the equivalent of having a blood alcohol concentration of about 0.1—making you “too drunk to legally drive a car.”

I’m not here to preach, though. I’m here to tell you that I used to be you. I acted like life was a sprint, working nonstop for many years. Most nights, I would be lucky if I got five or six hours of rest, and there were weeks when it was much less and the only thing that made that bearable was that I at least got bragging rights.

And look, maybe it’s getting older, maybe it’s my continual quest for greater productivity, or maybe it’s learning that I was essentially working “drunk,” but I’ve changed my sleeping habits quite a bit in the past year. And since doing that, I’ve never felt better. Not only am I more awake, but I’m more productive (yes, even though I’m awake for fewer hours), and the biggest bonus, I’m better at my job.

The Muse: 11 #ObsoleteJobSkills That’ll Make You Laugh (And Then Want To Learn Some New, Relevant Skills)

While I’d like to say it was reading an article like this that finally convinced me to change my ways, my big realization came when I returned from my two-week honeymoon last year. For the first time, I had actually unplugged. When I returned, I could feel just how much sharper I was, how much better my brain was functioning compared to just two weeks before. This really opened my eyes to sleep not as a luxury, but as a productivity tool.

With that epiphany weighing on me, I started changing my habits to get more out of my days. I’ve even gone so far as to institute a technology curfew—a strict deadline when I have to unplug each night. Turns out that turning off my screens at 11 PM transformed my days, improved my sleep, helped me focus when necessary, and probably most importantly, resulted in me getting more down time with the people I love.

Not sure if your habits need a change, too? Here are the five symptoms of sleep deprivation that I used to think were normal:

If any of these apply to you, it may be time to rethink your sleeping habits. Really, take it from a former “I only need five hours a night” person, you’ll do better work. Sure, there will still be nights (and weeks) when you will have to stay up late, but you need to learn the difference between those times and the times when you’re up at 3 AM finishing a project because that’s what you think you need to do.

And hey, no matter what, next time you feel guilty about getting enough sleep, don’t. Because regardless of what you may have previously thought, you’re not lazy, you’re performance-oriented. And that is something you should wear as a badge of honor. 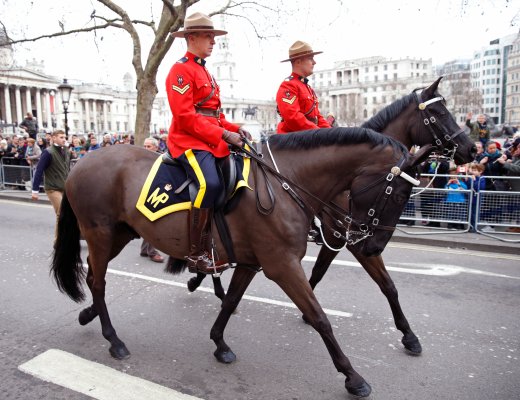 Police Officers in Scotland and Canada Can Now Wear Hijabs
Next Up: Editor's Pick