President Barack Obama receives the honorary degree of Doctor of Laws before delivering the commencement address at the University of Michigan in Ann Arbor, Michigan on May 1, 2010.
Jim Watson—AFP/Getty Images
By Barack Obama

Here are the full remarks from Obama’s speech on University of Michigan’s campus in Ann Arbor, Michigan in 2010. 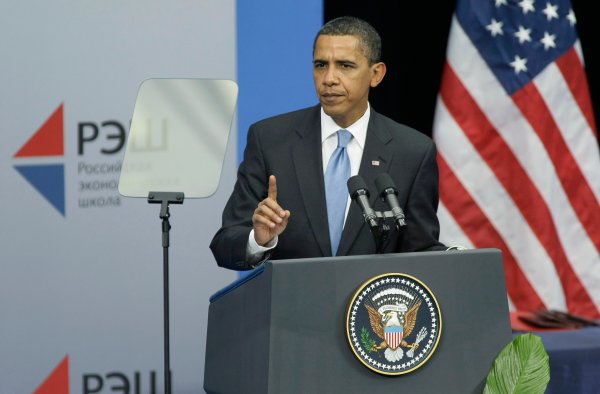 Read President Obama's Commencement Address at The New Economics School in Moscow
Next Up: Editor's Pick