Now You Can Order Burger King on Facebook Messenger

Burger King is delving into social media to make it even easier to order a Whopper.

Customers can now message a Burger King bot through their Facebook Messenger app to order food, Eater reports. The fast food chain is using technology that Mark Zuckerberg introduced in April at F8, Facebook’s annual developer conference in San Francisco. As Fortune reported at the time, it allows companies to build artificially intelligent software to interact with customers through Messenger.

As a demo video from Digital Buzz demonstrates, the Burger King bot lets you order from a set menu and shows you nearby locations where you can pick it up. The bot even lets you pay through the app, and it gives you a time estimate of when your food will be ready.

It appears as if the Burger King bot isn’t currently available in all locations. Though the chain didn’t immediately respond to a request for comment, a search on this reporter’s own Facebook Messenger app was unsuccessful. 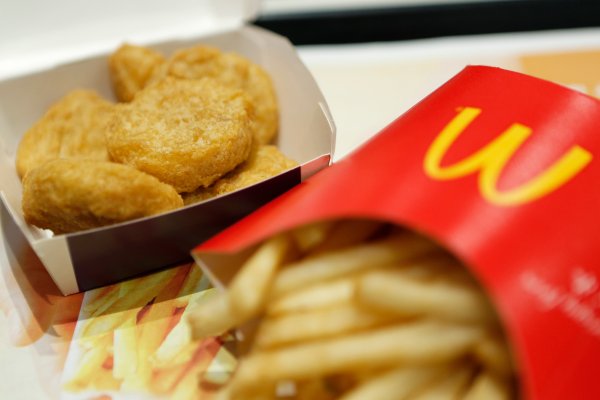 McDonald's Is Testing Preservative-Free Chicken McNuggets
Next Up: Editor's Pick