Jennifer Lopez has zero time for sexism, a point that she made abundantly clear during The Hollywood Reporter‘s actress roundtable, where she discussed sexism, acting, and expectations with a panel that included Kerry Washington, Julianna Margulies, Sarah Paulson, Kirsten Dunst, Regina King, and Constance Zimmer.

“I’ve always been fascinated by how much more well-behaved we have to be than men,” Lopez said. “I got a moniker of being ‘the diva,’ which I never felt I deserved — which I don’t deserve — because I’ve always been a hard worker, on time, doing what I’m supposed to do, and getting that label because you reach a certain amount of success.”

Lopez elaborated that she felt that the industry has a double standard for men and women, especially when it came to voicing her thoughts.

“Sometimes I felt crippled to voice my opinion, especially because certain directors and the boys’ club that they form can make you feel like, ‘Oh, I can’t say anything,'” she said. “I was always fascinated by how I could see [a man] being late or being belligerent to a crew and it being totally acceptable; meanwhile, I’d show up 15 minutes late and be berated. And you watch this happen over and over and over again. Like, we’re not allowed to have certain opinions or even be passionate about something, or they’ll be like, ‘God, she’s really difficult.’ It’s like, ‘Am I? Am I difficult because I care?'”

You can see more of Jennifer Lopez’s thoughts on working as a woman in Hollywood below. 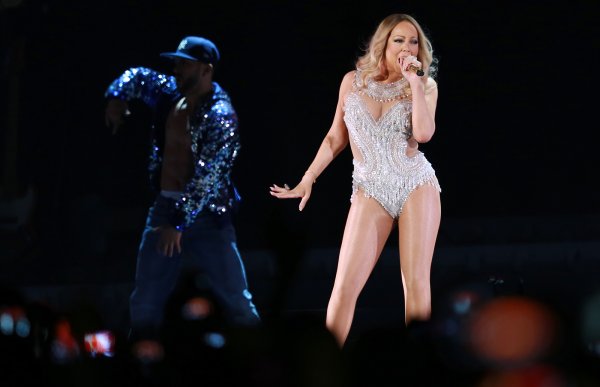 Watch Mariah Carey Tell Us Exactly How She Feels About Jennifer Lopez and Nicki Minaj
Next Up: Editor's Pick