U.K. Grads Have Been Told to Mime Throwing Their Mortarboards As It Is 'Safer'

A group of students throwing their caps into the air after graduation
PeopleImages.com/Getty Images
By TIME Staff

The classic caps-in-the-air graduation photo opportunity is just too dangerous, a British university has reportedly warned its students.

The University of East Anglia (UEA) said the throwing of hats is an “unacceptable risk” as students have apparently been injured in the past, the Guardian reports, citing a piece in the student news website the Tab.

But thanks to advances in image-editing technology, grads in the United Kingdom can still bag the photo without risking a mortarboard to the eye.

“We will be asking everyone to mime the throwing of their hats in the air and we will Photoshop them in above the group before printing,” Penguin Photograph reportedly told law graduands at UEA. “As well as being safer, this will have the added advantage that even more of the students’ faces will be see in the photograph.”

Unsurprisingly, the memo has not gone down too well with the prospective graduates.

“If I’ve paid £45 ($64) to hire a bit of cloth and card for the day, I should be able to chuck my hat in the air!” Louisa Baldwin, the Law Society president at UAE, told the Tab.

According to the Guardian, other colleges in Britain have also raised concerns over the safety of the tradition, with Anglia Ruskin University in Cambridge warning of the particularly nasty injuries that can ensue when the corner of a thrown mortarboard hits someone. 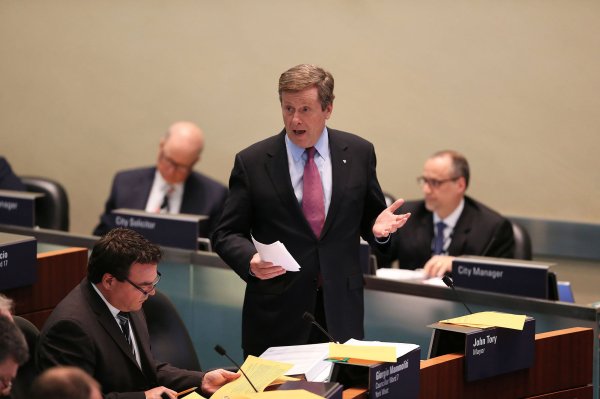 This Is What Happens When You Diss the Toronto Raptors
Next Up: Editor's Pick