Larry David participates in a conversation with David Remnick during the New Yorker Festival on Oct. 11, 2014 in New York City.
Thos Robinson—Getty Images for The New Yorker
By Melissa Chan

Larry David on Tuesday said some of Hamilton’s continuous success is fueled by white people who don’t really understand what’s happening in the Broadway hit but pretend to because they want to be “hip.”

The comedian behind Seinfeld and Curb Your Enthusiasm shared his theory on the Mike Lupica Show, the New York Daily News reports.

“I have a feeling there are a lot of white people who are saying they are completely blown away even though they didn’t really understand half of the things the people on stage were saying,” David told the Daily News columnist. “They just want to solidify their liberal bonafides and how cool they are: ‘Yeah, I love Hamilton. Yeah, I get it, I’m hip.’”

The widely popular Hamilton uses rap and hip-hop to tell the story of Alexander Hamilton’s rise to power during the American Revolution and uses many actors of color to play white historical figures. David added that he’s seen the show and thinks it’s “pretty amazing.” 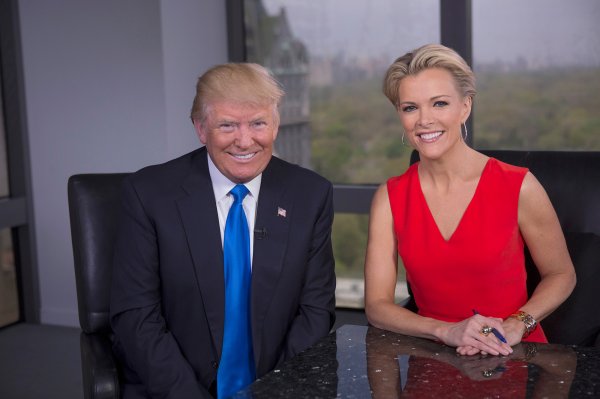 Megyn Kelly Knows Donald Trump's Hair Is Real Because She 'Ran Her Hands Through It'
Next Up: Editor's Pick