Streaming services like Netflix and Hulu offer tens of thousands of hours of television shows and movies on demand. That presents a challenge: How to find something to watch? Sure, most such platforms try to recommend content based on your past viewing habits. But sometimes you just want to mindlessly flip around, as you might while watching regular television.

A new app called Rheo offers an intriguing solution, using the latest Apple TV set-top box to bring channel surfing to the world of online video. Launching Rheo activates a stream of videos aggregated from across the web, which you can cycle through with the press of a button. The app includes five different channel-like stations called “moods,” each of which focuses on a different theme. There’s “laugh,” “inform,” “learn,” “spark,” and “chill.” On the laugh station, you might find clips from standup comedy performances or episodes of Last Week Tonight With John Oliver, while the inform station might include news videos. The other sections include a mix of content like cooking or makeup tutorials, clips from TED talks, short films, and music videos.

“I just experienced media a lot more naturally when I was young, when the content just played,” says Alan Cannistraro, founder of Copper Studios, the company behind the app.

Unlike standard television, Rheo aims to tailor its channels to your preferences. When using the app, you can “boost” videos that you like, signaling to Rheo you want to see similar content in the future. Rheo better learns your taste the more you use it. Rather than requiring a lengthy setup process, it starts by showing videos that are broadly popular.

Rheo has some limitations. It only plays clips that are available for free on the web, mostly sourced from Facebook and video podcasts. Copper Studios is working with Reuters and the National Film Board of Canada to include some of their content as well. Unlike the most popular streaming services, Rheo does not broadcast full episodes of television shows. “We think short form navigation and discovery is the biggest opportunity for reinvention,” says Cannistraro.

Cannistraro said his previous experience working for Apple and Facebook helped fuel the idea for Rheo. Facebook’s News Feed was particularly influential, he says. “I think there’s something about that dynamic. Where there’s one piece of content after another, and there’s this addiction with seeing what the next thing is.”

Rheo debuts as app makers are experimenting with ways to bring curated video to the Apple TV. Watchup, for instance, aggregates news videos across a wide range of partners to create personalized newscasts. Hyper, the Apple TV app owned by Mic, describes itself as a “video magazine.” Cannistraro says the hands-off user experience separates Rheo from the pack. “If we can get to know what it is that you want playing, then you shouldn’t have to interact with the TV,” he says. “The TV gets amazing by not having to interact with it.” 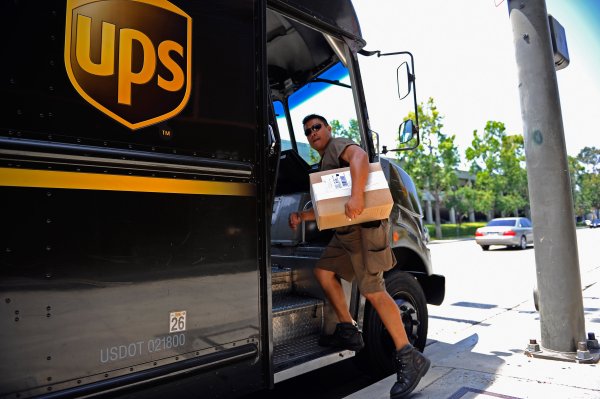 This Is UPS' Latest Move to Fight Package Thieves
Next Up: Editor's Pick