How To Be Persuasive: 7 New Secrets From Hostage Negotiation

We all have to have difficult conversations. And they’d be easier if you knew how to be persuasive. Whether it’s dealing with family members, buying a car or negotiating a raise, persuasion is always a useful skill.

But much of what you read doesn’t work in tough scenarios. So I decided to call someone who has handled the most challenging scenarios imaginable — ones where lives are on the line…

Chris Voss was the FBI’s lead international hostage negotiator and he’s the author of an excellent new book: Never Split The Difference.

Think you know what really influences people? Maybe you’ve read some stuff on the subject before? Well, you’re probably making a lot of mistakes. Chris has some of the most counterintuitive — and effective — techniques you’ve never heard about.

Chris focuses on emotions. And this completely changes the game. His methods get people to solve your problems for you — in ways that will make both sides happy.

Straightforward and honest are good qualities. But when you’re too direct in a negotiation or heated discussion, it can come off as blunt and rude. You sound like you don’t care about the other side and just want what you want.

Skipping listening, empathy, and rapport is what turns an easily resolved dilemma into a fight. And you never want to turn a discussion into a war. Be nice and slow it down. Here’s Chris:

“Cutting to the chase” can feel like an attack. So slow down. Smile. Use a friendly tone or a calm voice.

So what do many negotiation books tell you to do that is totally wrong?

You hear a lot of advice telling you that getting people to say “yes” multiple times will make them more likely to say “yes” to whatever you want. Chris feels this may have been a good idea in the past, but people are on to it.

You’ve probably had people try it on you. And you knew what they were doing. And how did it make you feel? Exactly. Icky and manipulated. Trust and rapport just went out the window.

People are reluctant to say “yes” because it makes them commit to something. It makes them defensive. Here’s Chris:

So what does Chris recommend? Phrase the exact same questions in a way to get them to say “no.” Here’s Chris:

Chris prefers to use phrasing such as, “Would it be a bad idea if…?” People don’t feel locked in, and they’ll often affirm what you’re proposing by saying something like, “No, that’s not a problem.”

There’s a very powerful way to implement this when you’re trying to resolve a situation and you’re being ignored. What does Chris say works magic? Just ask one simple question designed to trigger a “no.”

More often than not the response is a fast, “No, we’ve just been really busy. Sorry about the delay…”

(To learn the methods Chris recommends to lower your bills, click here.)

So you’re no longer being blunt and you’re not trying to trick people into saying “yes.” Great. What other mistakes are you probably making?

3) You Need To Do An “Accusation Audit”

If it’s an argument with a loved one or a business negotiation that’s headed south, the other side probably has made some accusations about you. “You don’t listen” or “You’re being unfair.”

And the common response is to start your reply with “I’m not ____.” You deny their feelings. Boom — you just lost the patient, doctor. They now assume you’re not on the same page. That they can’t trust you.

Read More: How To Get People To Like You: 7 Ways From An FBI Behavior Expert

So what does Chris say to do instead? List every terrible thing they could say about you.

(For more FBI hostage negotiation methods that can get you what you want, click here.)

So you’re doing a lot of things that on the surface might sound crazy: trying to get them to say “no”, acknowledging all their accusations about you… What completely insane-sounding thing does Chris also recommend?

4) Let Them Feel In Control

You want a collaborative atmosphere. And if you’re both jockeying for control, forget about it. When some people don’t feel in control they totally lose it, especially in heated situations. So let them feel in control.

You’re not giving them everything they want or letting yourself get pushed around, but the other side has to feel they have control in order to relax. Here’s Chris:

Playing dumb is an effective strategy. Keep asking those “how” or “what” questions.

(To learn what a clinical psychologist says works in the most difficult conversations, click here.)

So you let them feel in control and you’re asking a lot of open-ended questions. But how do you know if all this is working? Listen for two magic words…

5) The Two Magic Words They Need To Say

“That’s right.” When they say that, you know they feel you understand them. That’s rapport. Now emotions are on your side. Now you’re collaborators trying to solve a problem, not warring tribes. Here’s Chris:

What conversational move is most likely to trigger a “That’s right”?

A summary. Paraphrase back to them what they’ve been saying. Now they know you’re listening and understanding. You don’t have to agree, you’re just giving a summary.

And what words should make you worried? If they say, “You’re right.” Think about it. When do you say that? When you want to politely tell people to shut up and go away.

Alright, so we’ve focused a lot on emotions and getting them on your side. Now how do we actually make progress in the discussion or negotiation? Well, all that listening wasn’t just about making them feel good. It’s also to get information…

Sometimes you feel you have no leverage. But Chris believes there is always leverage. You just have to find it. And you do that by listening and asking questions — which nicely builds rapport and makes your counterpart feel in control at the same time.

Negotiation is not a fight. It’s a process of discovery. When you know their real needs, the real reasons they are resisting you, then you’re able to address those directly and problem-solve. Here’s Chris:

I saw a good example of this first hand in an MIT negotiation class. Two groups of students have to decide how to split a bunch of oranges. Both sides have detailed information about their needs that the other group can’t see.

The aggressive students rush in and say, “You have to give us all the oranges.” These students get an F. (They probably also go on to get divorced.)

The collaborative students say, “We’ll split the oranges 50/50 with you.” Better, but far far far from optimal.

There’s always leverage. But you have to listen.

So asking questions is a huge part of getting what you want out of any disagreement. What’s the question that you should be asking the most?

Playing dumb works. In fact, being helpless works too. Asking “How am I supposed to do that?” is deceptively powerful.

It gets them to solve your problems for you and in a way they deem acceptable.

By getting the other side to think about your situation it very often gets them to grant concessions. And they’re concessions that they’re okay with and will likely stick to because it was their idea to offer them. Here’s Chris:

Keep asking it. In hostage negotiations Chris would ask it over and over: “How do we know the hostage is safe?” “We don’t have that kind of money. How are we supposed to get it?” “But how do we deliver the ransom to you?”

Now I know what some of you are thinking… Eventually they’re going to say, “You’re just going to have to figure it out.” And that’s fine. That’s the signal you haven’t “left any money on the table.” Here’s Chris:

(To learn how to use hostage negotiation techniques with your kids, click here.)

Okay, we’ve learned a lot from Chris. Let’s round it all up and learn the final secret to how paying attention to emotions can help you resolve dilemmas at home and at the office…

Here’s what Chris had to say about how to be persuasive:

Emotions are critical. Most deals end because of negative feelings and most deals close because people like one another. So don’t alienate the other side — unless you are trying to kill the deal. (And that’s an effective technique as well.)

But what you really want to do is what that magic phrase “How am I supposed to do that?” accomplishes so well. It allows you to say “no” without making an enemy. Chris sums it up nicely in his book with a quote.

Discussions and negotiations aren’t about war or winning. It’s about finding a way for everyone to get what they want and to be happy with what they get. For the people closest to us, it’s also about understanding them better through listening.

And that’s what builds relationships that last.

Chris has more great tips in his wonderful book, Never Split The Difference. In my next weekly email I’ll have a “cheat sheet” PDF that sums up the hostage negotiation techniques Chris recommends. To make sure you don’t miss it, join here.

This piece originally appeared on Barking Up the Wrong Tree 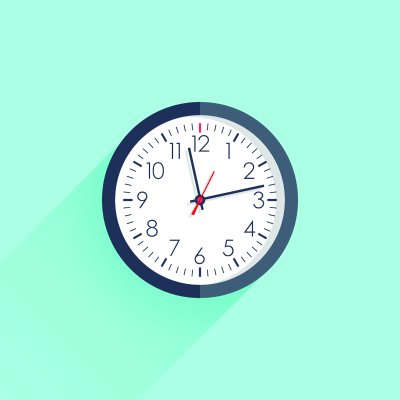 Why I Left My Job In Finance, Turned Off My Phone and Started Living in the Now
Next Up: Editor's Pick