What Critics Said About the Original Roots

The remake of Roots coming to TV over the Memorial Day holiday has big shoes to fill, given the impact of the original 1977 miniseries based on Alex Haley’s book: the eight episodes broke viewership records, prompted a national conversation about race and set a new bar for television success. Why wouldn’t television producers want to tell that story anew?

On the other hand, the original miniseries wasn’t all a success. Many critics in 1977 found the series deeply flawed.

Though he was far from the only one to say so—William Granger of the Chicago Sun-Times called it “puerile” and Dorothy Gilliam of the Washington Post highlighted the show’s “negative underpinnings,” while John J. O’Connor of the New York Times noted that it was a “distortion or, at the very least, oversimplification” of the source material—TIME’s critic Richard Schickle had particularly harsh words for the series, labeling it “Mandingo for middlebrows.”

The problem, he posited, was that slavery was “a crime so monstrous that, like the Holocaust, it is beyond anyone’s ability to re-create in intelligent dramatic terms.” In other words, trying to talk about the issue of the African-American historical experience and make high-quality narrative art at the same time was difficult, if not impossible. In his view of Roots, the result was a bad one:

Nearly 40 years later, some of Schickel’s complaints seem dated: the idea that a slavery story cannot be good without clearly showing that good white people exist is, though still common, harder to defend. And the artistic merits of the plot didn’t end up mattering so much, in any case. (TIME’s Dan D’Addario found that the remake was “alternately–or simultaneously–jarring and beautiful to look at.”)

As Maya Angelou, who had a role in the series, wrote for the New York Times, the book and the series both gave audiences an experience that wasn’t quite so much artistic as it was introspective. They gave audiences a question to answer, as she put it: “Admitting all that has gone before, admitting our duplicity, our complicity and our greed, what do we, all Americans, do next?” 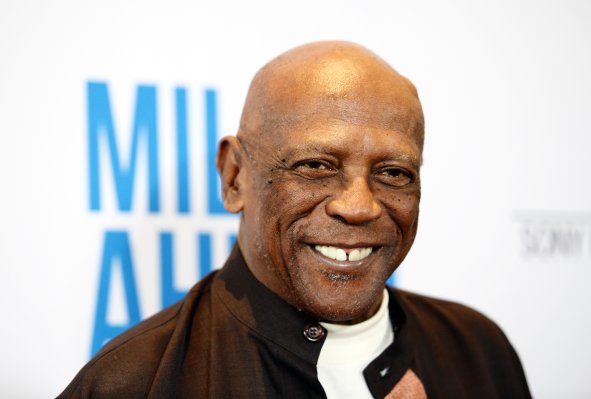 Louis Gossett Jr. on the Original 'Roots' and the Black History That's Yet to Be Filmed
Next Up: Editor's Pick