Rodrigo Duterte answers questions from journalists during a press conference on May 10, 2016, in Davao City, the Philippines
Jes Aznar—Getty Images
By Nash Jenkins

Philippine President-elect Rodrigo Duterte has backpedaled on a planned trip to the Vatican to apologize to Pope Francis, whom he called a “son of a whore.”

In his first press conference since winning the Philippines’ election last week, Duterte said the visit would be an “exercise in duplicity,” though an Agence France-Presse report from the conference failed to clarify exactly what he meant by this.

Duterte won the election with nearly 40% of the vote, in large part because of his legacy as the mayor who cleaned up the once unsafe Davao City, but his campaign received more attention for his colorful, often uncouth commentary. He made glib jokes about rape and murder, and lamented the traffic jams that erupted in Manila, the capital, when Pope Francis visited the thoroughly Catholic country in 2015.

“It took us five hours to get from the hotel to the airport. I asked who was coming. They said it was the Pope. I wanted to call him: ‘Pope, son of a whore, go home. Don’t visit anymore,’” Duterte said in a campaign speech last month.

He later issued a letter of apology to the Vatican, which he cited in his remarks on Sunday night. 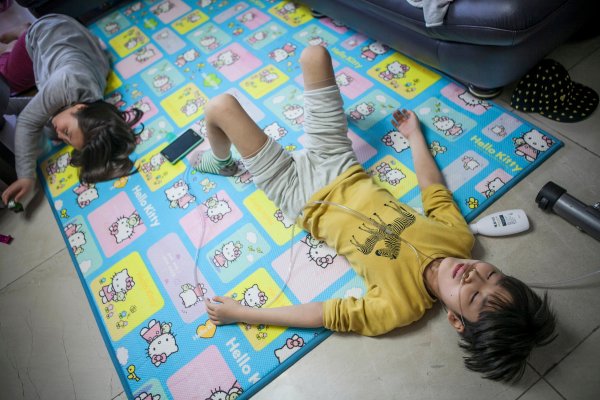 Victims of Toxic Disinfectant File Suit in South Korea
Next Up: Editor's Pick