President Barack Obama delivered the commencement address at The New Economics School in Moscow on May 7, 2009. The President told new graduates that the world’s destiny was in their hands and called on them to build a better world.

“You get to decide what comes next,” he said. “You get to choose where change will take us, because the future does not belong to those who gather armies on a field of battle or bury missiles in the ground; the future belongs to young people with an education and the imagination to create.” 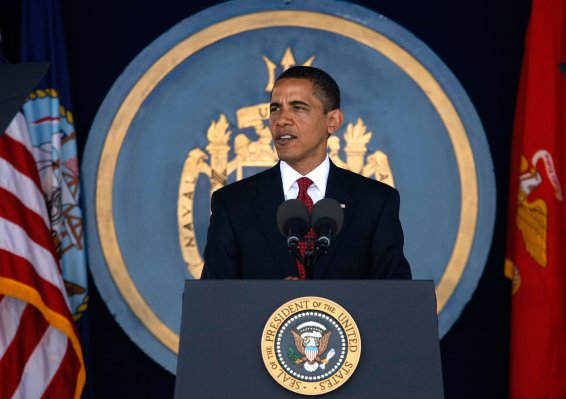 Read President Obama's Commencement Address at the US Naval Academy in 2009
Next Up: Editor's Pick