Is Fracking Causing Earthquakes in Oklahoma?

An oil worker inspects a pumping jack, also known as a 'nodding donkey,' during drilling operations in an oilfield operated by Bashneft PAO in the village of Otrada, 150kms from Ufa, Russia, on Saturday, March 5, 2016.
Andrey Rudakov—Bloomberg / Getty Images
By Irina Slav / Oilprice.com

Fracking in Oklahoma, as well as elsewhere, has been on the decline, thanks to the oil price slump. Quakes, however, are continuing at alarming rates. A CBC report on the situation notes anecdotal evidence that capping wells could possibly reduce seismic activity, but anecdotal evidence is insufficient.

There is a growing body of evidence that fracking, as well as traditional oil extraction to a lesser extent, can be directly linked to an increase in seismic activity. The studies that have accumulated this evidence became necessary as some of America’s biggest oil-producing regions started experiencing more than their fair – and historical – share of earthquakes.

Oklahoma has been dubbed by media the new earthquake capital of the country. Prior to 2009, the state had fairly negligible seismic activity. Then the shale boom started gathering pace, and today, the state is being shaken by an average of two quakes a day.

Before 2009, insurers in Oklahoma had no reason to make earthquake coverage part of their standard offering. Since that year, it has become a very sought-after insurance product. But supply is tightening, according to a Reuters research. Oklahoma insurers seem to be getting increasingly aware of the fact that upping the premiums for earthquake coverage (by 200% in some cases) is not sufficient to avoid substantial losses at this rate of seismic activity. They are removing this coverage from their service offering and rejecting claims for quake-caused damage, attributing it instead to houses settling or just being plain too old.

Oilprice.com: Oil On Track To Balance Later This Year

The state government has done its own research into the link between fracking and earthquakes. The conclusion is that there is such a link. As to what is to be done, the picture remains hazy.

Oil and gas are an anchor industry for Oklahoma. This is the state where the country’s strategic crude oil reserves are kept, at Cushing. The industry is a vital contributor to state revenues, but this may have to change. How, exactly, is a difficult question to answer but people who have had their homes damaged in some of the stronger quakes that have hit Oklahoma since 2009 believe the money and the jobs that the industry provides are not worth the constant risk of having your home fall over your head.

Oilprice.com: Petrobras Offloads $1.4B In Assets Amidst Political Turmoil

There is a scarier thought, however. It might be too late. There hasn’t been any definitive scientific finding supporting the suggestion that once fracking stops in an area that has experienced increased seismic activity, this activity will stop as well. On the contrary, the focus on the relation between hydraulic fracturing, which involves the injection of great quantities of pressurized liquids into the oil-bearing shale rock, is relatively recent.

Oklahoma is now addressing quake fears, and is requiring that E&Ps reduce the amount of wastewater that goes into the ground after it’s been used to release the oil and gas, by 40 percent. The effectiveness of this plan remains to be seen. On the positive side, it’s at least something. On the negative, it may well be too little too late. And oil and gas producers may have to start preparing for a tsunami of lawsuits. 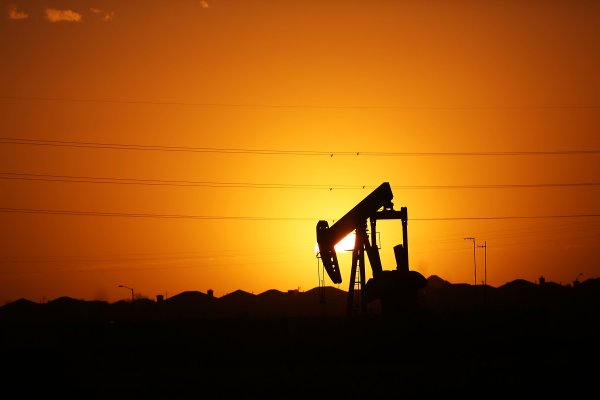