Jonathan Pryce as the High Sparrow.
Macall B. Polay—HBO
By Megan McCluskey

After a conversation between Cersei and Tommen in the fourth episode of Game of Thrones‘ sixth season ended with the young king preparing to reveal a mysterious secret to his mother, viewers were left wondering what he had been hiding. The information in question had been told to him in confidence by the High Sparrow — presumably during the pair’s exchange last week — and seemed to be gravely upsetting for the boy. “Mother, there’s something I want to tell you, something the High Sparrow told me,” he says nervously. “I promised him I wouldn’t tell anyone.”

The scene cuts off shortly afterwards, segueing into a sequence in which Cersei and Jaime burst into a meeting between Olenna Tyrell and current Hand of the King Kevan Lannister to broker a deal with them. The agreement involves the Tyrells bringing their army to King’s Landing in order to take down the Faith Militant and prevent the High Sparrow from forcing Margaery to make the same walk of atonement that Cersei was subjected to in the season five finale — a plan that Reddit user WriteOnSC thinks might reveal more about Tommen’s confession.

“It’s my belief that the High Sparrow told Tommen about the Tyrells’ involvement in Joffrey’s murder,” the Redditor writes. “Judging by the tears in his eyes when he’s about to tell Cersei, it seemed to be the worst possible news. I believe it’s Ser Loras who revealed this information as he seemed absolutely broken by his solitary confinement. Immediately after Tommen tells her the news, Cersei and Jaime show up to the small council with a plan to invite the Tyrell army into King’s Landing to deal with the Seven and protect Margaery from a [walk] of atonement. I believe this is a ruse by Cersei to draw the Tyrells into her scheme. The Tyrells picking a fight with the Seven will create unrest among its followers/citizens of King’s Landing. They will turn on and blame the Tyrells with the Lannisters ‘standing down.’ This creates a war between two of Cersei’s least favorite factions: the citizens of King’s Landing who treated her like garbage during her walk of atonement, and the family responsible for her son’s murder. Every dead body is a win.”

WriteOnSC then goes on to explain several details that may support the claim, including the fact that when Cersei asks Tommen to confide in her, she puts her hand over his heart, placing a ring that belonged to Joffrey in clear view and that during the Small Council scene, the Lannisters’ infamous kill song, “The Rains of Castamere,” is playing in the background.

“The Door,” the fifth episode of Game of Thrones‘ sixth season, airs Sunday at 9 p.m. EST on HBO. 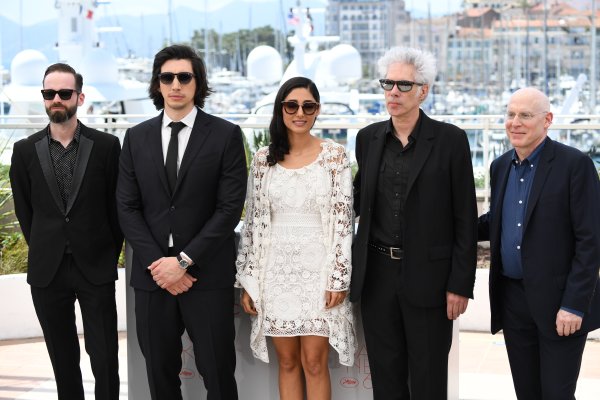 At Cannes, A German Comedy to Fall in Love With, and Paterson's Poetic Radiance
Next Up: Editor's Pick