A sign at the entrance to the completed renovation by Italian architect Renzo Piano of the Morgan Library and Museum, seen in 2006.
Stan Honda—AFP/Getty Images
By Joanna Scutts

By all accounts, not much was said in the 1905 meeting between the 68-year-old, walrus-mustached financier J. Pierpont Morgan and the young woman who would become his personal librarian—a gruff greeting, a quick nod of approval, perhaps a handshake. Still, the exchange would transform her life and his legacy. Sharp-eyed and sharp-witted Belle da Costa Greene worked alongside Junius Morgan in the library at Princeton University when her colleague brokered the introduction to his phenomenally wealthy uncle, who was looking for someone to bring order and authority to his haphazard collecting. Greene was brilliant, hardworking, curious, and confident—but Junius also knew that his uncle’s eye for beauty extended to women. In later years there were rumors that the financier and his young librarian had been lovers; Belle reportedly told nosy inquirers, “We tried.” You can almost hear the raise of the eyebrow in that reply, which conceals more than it reveals: a characteristically evasive maneuver from a woman who knew the power of secrets.

Greene, who never married, spent the rest of her working life building up the collections that would form Morgan’s world-class library, housed in an elegant purpose-built McKim, Mead & White palazzo on the corner of Madison Avenue and 38th Street in New York City. After J.P.’s death in 1913, she worked for his son, who in 1924 established the Morgan Library as a public institution, helmed by Greene until 1948. During her tenure, its vast collection of rare medieval and Renaissance manuscripts, drawings, books, letters and other documents were “sucked from Europe as by a vacuum cleaner by the limitless power of his funds,” as the art critic Robert Hughes put it in TIME in 1974. It was Greene—self-taught, passionate, and decisive—who directed the suction hose; her presence in an auction room, in one of her “great plumed hats,” heralded the exchange of modern treasure for ancient. (“Just because I am a librarian,” she is said to have quipped, “doesn’t mean I have to dress like one.”)

The same article that noted those distinctive hats described the woman who wore them as “a vivacious, black-haired beauty, who liked to keep her own affairs a mystery.” Greene’s identity was a collection of half-truths and hints. Even the Morgan Library’s online history perpetuates the myth that she was a breathless ingénue, “barely twenty” when Morgan hired her, when in fact she was a confident young woman of 26. Friends thought she was born abroad, perhaps in Portugal, as “da Costa” suggested, and most thought she’d been raised in Virginia. But “da Costa” was a fiction, and “Greene” was a smudged fact: she was born Belle Marian Greener, and her mother had dropped the final “r” when she separated from Belle’s father. Belle was not Portuguese, although she likely had some Spanish ancestry. Rather, she was African American, and chose to pass—not exactly as white, but as an exotic puzzle.

In concealing her racial identity, Greene was also ducking a particular kind of celebrity, that of the high-profile “credit to the race.” Her father, Richard Theodore Greener, was a proud and prominent member of the Talented Tenth, cited by name as one of the “new group of educated and gifted leaders” in W.E.B. DuBois’s influential 1903 essay of that name. He was the first black graduate of Harvard College, and went on to become a professor, a librarian and the dean of the law school at Howard University. He was ultimately a diplomatic envoy to Siberia under President McKinley. But for Belle to publicly acknowledge that she was his daughter would have been to fixed her into her racial identity and role: privileged and elite perhaps, but still at the mercy of a racist society. Passing offered freedom, at the expense of heritage and community.

Before her death in 1950, Greene burned her private papers, and with them, perhaps, clues as to how she felt about that choice. To construct a story as close as possible to the truth she worked hard to conceal, biographer Heidi Ardizzone drew on letters Greene sent her longtime lover, the art historian Bernard Berenson, which reveal her fiery personality and the whirl of her social life by night. The records of the Morgan Library itself, meanwhile, show how diligent and devoted she was to the position she held for 43 years. There is no doubt that whatever the costs of gaining and maintaining that position, the library she built was her greatest triumph. 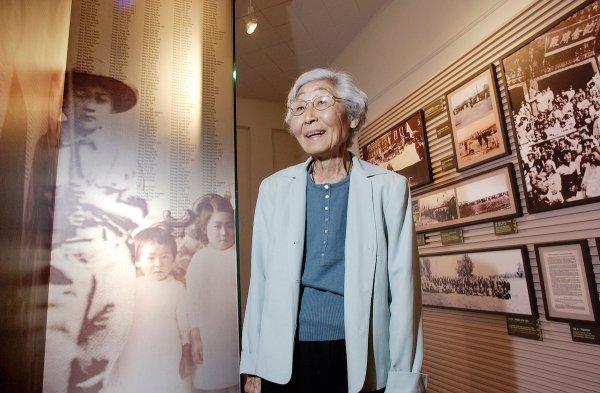 The Officer Who Opened the U.S. Navy for Asian-American Women
Next Up: Editor's Pick