This Startup Is Bringing Travel Agents Back from the Grave

Difficult as it may be to remember now, there was a time when planning a vacation meant calling a travel agent. These professionals served as an intermediary between travelers and hotels, airlines and so on, taking vague notions (“We’d like to do two weeks across Europe”) and turning them into itineraries. But over the past 15 years or so, do-it-yourself websites like Orbitz and Airbnb have empowered vacationers to pick their own accommodations, making travel agents increasingly unnecessary. The U.S. Department of Labor warns that the employment of travel agents is set to drop 12% by 2024, thanks largely to “the ability of travelers to use the Internet to research vacations and book their own trip.”

Those DIY sites have given rise to a new problem: too much choice. For the novice traveler, selecting from the myriad flight, hotel and other options offered on these sites can be maddening. Should you go with the cheapest flight, or opt for a more convenient departure time? Is that hotel actually good, or is it paying professional review-leavers to artificially juice its ranking? And what the heck is a “code share,” anyway?

Now, one of the people responsible for the rise of those sites is seeking to address this problem. Paul English, the co-founder and former chief technology officer of booking site Kayak.com, has co-founded a new travel startup called Lola, which provides on-demand access to a team of travel agents supported by artificial intelligence software. While Lola is currently free for a small group of invited users, it will cost a not-yet-determined fee later on in an effort to grab a piece of the $35 billion online travel industry.

English, 52, says Lola’s agents will help members with every step of the travel process, from planning to mid-trip restaurant reservations. The company, which has raised about $20 million (including $12 million transferred from English’s now-shuttered tech incubator) is another example of travel agents making a minor but notable comeback. Travelers who can afford the services of specialized travel agencies are increasingly turning to them as a means to take the hard work out of planning a trip, like an engaged couple might employ the services of a wedding planner.

Two innovations lie at the core of Lola’s approach. The first is an iPhone app with a texting-like interface. (There is no desktop version of Lola; an Android app is in the works.) Instead of calling to speak with one of Lola’s travel agents, users chat with them on the app. It’s reminiscent of what companies like Uber are trying to do on Facebook by delivering their services in a familiar setting. The second is an improved system for the agents themselves. Lola’s A.I.-powered software can track users’ preferences, helping Lola’s workers make better travel suggestions. (Agents can also juggle multiple requests simultaneously, like you might hop from text conversations between different friends.)

Even if Lola is a hit, it isn’t likely to entirely resuscitate the travel agency as a career path. Lola is already leaning on artificial intelligence software to help its travel agents make tailored recommendations for each user. If A.I. develops the way that some people believe it will, it’s easy to see a future where software, rather than humans, are doing most of the booking. In that way, Lola’s agents face the same conundrum as drivers for ride-hailing firm Uber, which is investing heavily in driverless car technology that could take human workers out of the equation. Still, English argues that a human touch remains necessary for now. “I think it would be horrendous if the A.I. makes a mistake,” he says. 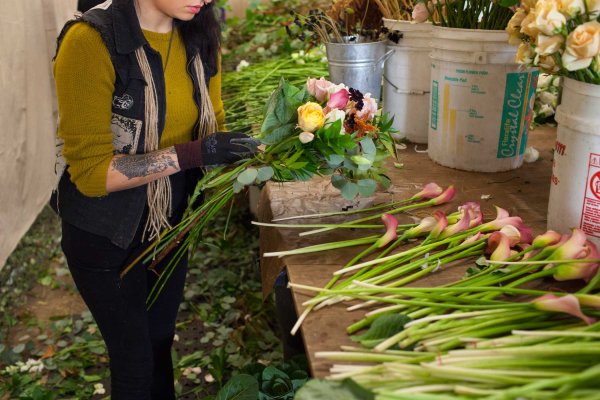 Mother's Day Flowers: 6 Blooming Startups to Try This Year
Next Up: Editor's Pick