Donald Trump Ex-Girlfriend Comes to His Defense: 'He Was a Gentleman'

After the release of a scathing news report about Donald Trump’s treatment of women, one of the businessman’s former girlfriends is speaking out and alleging the media got her story wrong.

“He never made me feel like I was being demeaned in any way,” Rowanne Brewer Lane said Monday on Fox & Friends. “He never offended me in any way. He was very gracious. I saw him around all types of people, all types of women. He was very kind, thoughtful, generous, you know. He was a gentleman.”

The article then goes on to describe the encounter as a “a debasing face-to-face encounter between Mr. Trump and a young woman he hardly knew.” Brewer Lane says she believes that is an inaccurate depiction of her relationship with Trump, whom she says never mistreated her. Brewer Lane also insists she never witnessed Trump mistreating other women. Brewer Lane also claims the New York Times “spun” her statements to make the encounter appear worse than it was.

Donald Trump has also spoken out against the story on Twitter.

Trump misspelled Rowanne’s first name in his tweet. The businessman and leading Republican presidential candidate has been lambasted in traditional media for his treatment of women in public, from statements he’s made on his television show the Apprentice to comments he made following a Fox News debate hosted by Megyn Kelly last summer.

Read more: RNC Chair Says Trump Will Have to ‘Answer for’ Reported Treatment of Women

Trump denies that he’s sexist and has called the allegations proof of liberal bias. The New York Times has not yet released a statement about Brewer Lane’s claims. 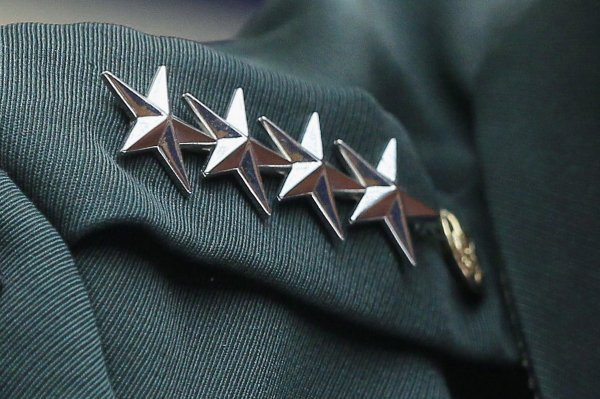 Why Congress Wants to Reduce Military Brass
Next Up: Editor's Pick