Game of Thrones' Women Are Finally Taking Over

The creators of Game of Thrones have been touting the sixth season of the show as the year when women finally wreak vengeance. The fourth episode, “Book of the Stranger,” suggests that they will hold true to their word: While Sansa, Yara and Margaery all bucked up their pouting brothers, Cersei, Olena and, most spectacularly, Daenerys all plotted to burn up their (male) enemies — some more literally than others.

In the North, it is Sansa who must convince a despondent Jon to take on the Boltons. After being passed like cattle from Joffrey to Little Finger to Ramsay, Sansa looks ready for revenge. The young and naive Stark girl from season 1 would have flinched at Ramsay’s threats to Jon Snow that he would let his men rape her repeatedly. But the new, vengeful Sansa cooly reads Ramsay’s letter before starting to count her troops.

In the Iron Islands, Yara is preparing to vie with her uncle Euron Greyjoy for the right to the throne. Again, it’s the sister, Yara, who must tell the brother, Theon, to “stop crying” and tell her what he wants in a scene that gender flips what viewers typically see on television.

In King’s Landing, any hope the crown has in a fight with the High Sparrow lies in the hands of the women. It is not the weak king Tommen or even Kingslayer Jaime who plots to overthrow the religious zealot, but Cersei and Olenna, who finally both swallow their pride to save Margaery. Meanwhile, in jail, Margaery encourages her brother, Loras, to stay strong and not give into his torturers. She counsels him that the Faith Militant are trying to manipulate them and that they must not fall for their tricks as he weeps in her arms.

And then of course there’s Daenerys with a repeat performance of her “girl on fire” magic trick. Daario and Jorah try to play knights in shining armor and save the queen. Her response might be boiled down to: That’s cute, but I have a better idea; I’m going to murder all these jerks and take their subjects for myself. And so she does, smiling when they threaten her with rape and then burning them alive. She emerges from the fire unscathed (albeit naked — this is HBO still) and with new band of followers.

That’s a lot of female badassery — and we didn’t even get to see Arya practice her new Jedi moves!

If it feels like Thrones is overcompensating with plenty of strong women telling crying men to suck it up, that’s because the show has endured five years of criticism for the way it treats women. Compared to their male counterparts, the women have been relatively impotent: Last season, Sansa, Cersei and Margaery all sat imprisoned while the fighting feminists — Arya, Brienne, the Red Woman and even Cersei were rendered powerless to do their jobs due to their own mistakes or forces of fate.

What’s more, every major female character has been sexually assaulted or threatened with sexual assault. After Ramsay Bolton raped Sansa last season, plenty of fans including Senator Claire McCaskill said that they would abandon the show.

Thrones is finally handing power over to the women, but don’t expect all evil men to cede power so quickly: Osha, who has been protecting Rickon for years, was easily dispatched by Ramsay when she tried to stab him. Someone hand Sansa a sword so she can take this guy out, already. 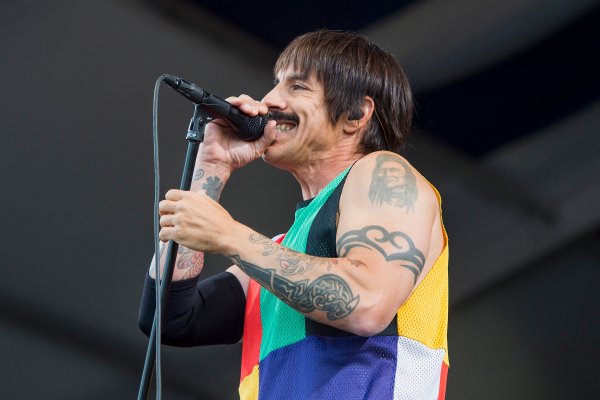