Russia’s Minister of Sport on Sunday said he is “ashamed” of the country’s athletes who have broken anti-doping rules and pleaded for Russia’s athletes to be allowed to compete in the upcoming Olympics.

Vitaly Mutko penned an apology that was published in Britain’s Sunday Times, acknowledging that “serious mistakes” were made by the federation management, athletes and coaches in dealing with the doping problem. “We are ashamed of them,” he wrote.

“We are very sorry that athletes who tried to deceive us, and the world, were not caught sooner,” he added. “We are very sorry because Russia is committed to upholding the highest standards in sport and is opposed to anything that threatens the Olympic values.”

Russia’s track and field athletes were suspended from the International Association of Athletics Federations (IAAF) after several Russian athletes were caught using banned performance-enhanced substances, Reuters reports. The IAAF is set to determine the team’s fate in June, about two months before the Rio de Janeiro Olympic Games begin, according to USA Today.

“We will do everything humanly possible to ensure our athletes are a part of clean, fair and enthralling Games,” Mutko pledged. 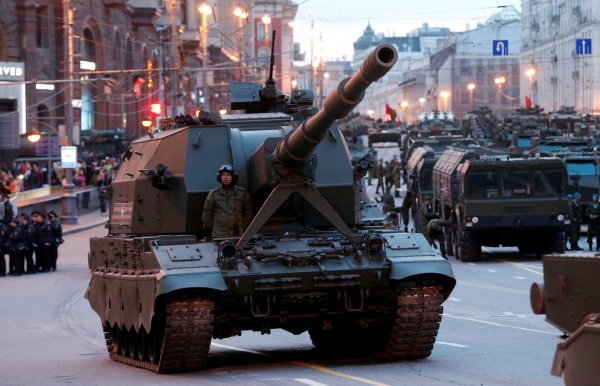 Russia Plans to Deploy More Troops to Counter NATO
Next Up: Editor's Pick