Bookmaker Suspends Betting on Tom Hiddleston to Be Next James Bond

A British bookmaker has suspended betting on who will play the next James Bond after odds tipped dramatically in favor of actor Tom Hiddleston.

An increase in recent bets has pushed The Night Manager star to be the 2-1 favorite to replace Daniel Craig as the next 007, the Associated Press reports. Coral bookmakers say they suspended betting after a particularly large gamble affected the odds.

“There’s no smoke without fire, and following the big gamble on Tom Hiddleston in the last 24 hours, we’ve had no choice but to pull the plug on the market,” Coral spokesperson Nicola McGeady said in a statement to The Guardian. “Earlier in the year there was a gamble on Idris Elba and Damian Lewis, but nothing has come close to the recent gamble on Hiddleston.”

The spike in bets comes after Hiddleston was reportedly seen meeting with Bond film director Sam Mendes and producer Barbara Broccoli in London. The actor had expressed interest in being the next 007, saying in a March interview that it would be an “extraordinary opportunity.” 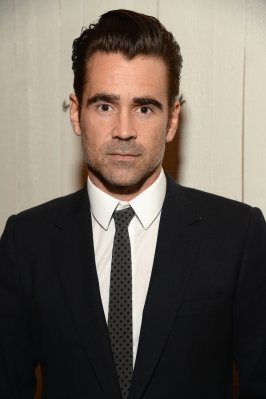 Colin Farrell on Why He'll Never Make a More Unusual Film Than The Lobster
Next Up: Editor's Pick