Actress Vanessa Hudgens paid a $1,000 fine for carving a heart into a red rock wall during a Valentine’s Day trip to Sedona, Arizona with her boyfriend, Austin Butler.

Hudgens was issued a citation for a misdemeanor count of damaging a natural feature on U.S. Forest Service land, the Associated Press reported. The fine will be used by a volunteer group to restore the rock wall by scrubbing or sanding the stone, according to the AP.

Hudgens had posted photos of their trip to Sedona on social media, one of which featured a picture of the carving, which read “Austin + Vanessa”. That photo has since been removed.

“She was caught in the act because she publicized it and she’s famous,” Coconino National Forest Service spokesman Brady Smith said, according to the AP. “I’m sure there are others who are not famous and publicized it and we’ve never known.”

A federal magistrate approved the fine agreement in April, and it was first reported on Friday. 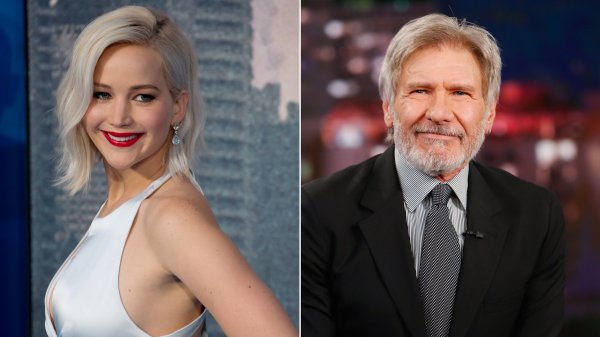 Jennifer Lawrence Says She 'Humiliated' Herself When She Met Harrison Ford and J.J. Abrams
Next Up: Editor's Pick