6 Ways Your Siblings Affect Your Health

Whether you’re best buds or can’t be in the same room without arguing, there’s no question that you and your sibling(s) share a lifelong bond. Friends come and go, but your sibs are there for the long haul. And you’re around them a lot. By age 11, kids have spent about a third of their time with their brothers and sisters, one study found. So it makes sense that your siblings help mold the person you become. Below, six ways they make you who you are, according to research.

1. They can influence your weight
While it’s well known that obesity can run in families, research suggests that siblings can play an especially important role when it comes to your waistline. In a 2014 study, researchers from Sanford School of Public Policy at Duke University discovered that in families in which the older child was obese, the younger child had a fivefold greater chance of also being obese (regardless of whether the parents were obese). The authors of the study believe this is partly due to the fact that younger siblings tend to model their diet and lifestyle after big bro or sis.

The age gap appears to have an effect too. In a recent study published in Pediatrics, researchers found that kids who get a younger sibling before they reach first grade are “significantly less likely” to become obese later on. The study’s author, Julie Lumeng, MD, an associate professor of pediatrics at the University of Michigan, speculates that’s because children with a younger sibling may be more physically active.

Health.com: 12 Ways to Raise a Kid Who’s Healthy for Life

2. They shape your character
It’s a commonly held belief that birth order affects personality. Everyone has heard of the “middle child syndrome,” for example, and that firstborns are natural leaders. But those theories aren’t backed up by science. A recent study published in the Proceedings of the National Academy of Sciences was unable to find a clear pattern of personality traits corresponding to birth order. On the other hand, there is evidence that you and your sibling may shape each other.

Much has been written about deidentification, when two siblings (usually close in age) either consciously or unconsciously create separate identities for themselves. “Through deidentification processes, siblings are thought to develop distinct attributes and engage in different activities and behaviors in order to establish their unique identities within the family,” write the authors of a 2007 study published in Social Development. For example, if your sister was a track star, you might have focused on academics. If your brother was quiet and shy, maybe you made a effort to be more outgoing.

3. They’re your earliest teachers
Siblings also help each other learn how to navigate social situations. “Siblings provide daily practice in understanding the minds of others,” writes Jonathan Caspi, PhD, in his book, Sibling Development. Strong sibling bonds have been found to help kids successfully connect with their peers at school. And having a brother or sister of the opposite sex could even give you a boost in the dating world. In a now classic study published in 1983, psychologist William Ickes, PhD, revealed that college students who had an opposite-sex sibling found it easier to make conversation with potential romantic partners. “If you are a girl with an older brother or a boy with an older sister, you should thank them for whatever romantic success you’ve had,” Ickes recently joked in an interview with Parade.

Meanwhile, having a kind-hearted brother or sister could help your noggin. A 2014 study in the journalPediatrics looked at 385 preschoolers and found that while tots in bigger families generally had lower vocabulary test scores (possibly because parents of big broods have less time to devote to each child), the gap was erased for those kids lucky enough to have “cognitively sensitive” older siblings.

Health.com: How to Create a More Peaceful Home

4. They may save your marriage
Believe it or not, being part of a big family may make you less likely to get divorced. That’s what a 2013 Ohio State University study found after collecting data from 57,000 Americans over a 40-year period. Their findings showed that for every sibling a person had, their chances of getting a divorce decreased by 2%. (So if you’ve got five sibs, that lowers your risk by a significant 10%.) “Having more siblings means more experience dealing with others, and that seems to provide additional help in dealing with a marriage relationship as an adult,” study co-author Donna Bobbitt-Zeher said in a release at the time.

5. They could up your odds of depression
While it’s natural for siblings to squabble, what you fought over could have major health implications. In a 2012 University of Missouri study, researchers discovered that siblings who typically quarreled about issues of equality or fairness experienced higher levels of depression a year later; while siblings who fought over personal space had a greater risk of developing anxiety or low self-esteem. Although this study focused on adolescents between ages 12 and 15, other research suggests that a troubled sibling relationship might have repercussions well into adulthood.

In a study published in Am J Psychiatry, sibling conflict during childhood was found to increase the occurrence of major depression and use of mood-altering drugs in adults as old as 50. The researchers observed 229 men over a 30-year period, starting when they were 20, and rated their sibling relationships based on how close they were (or weren’t) and how much rivalry and conflict there was. At the beginning of the study, all of the men were considered to be in excellent mental health. But by the time they reached age 50, participants who’d had “distant or destructive” relationships with siblings when they were younger were significantly more likely to be depressed. And the researchers found that this was the case whether or not the men had a family history of depression.

Health.com: 16 Unexpected Ways to Add Years to Your Life

6. But they can boost your happiness, too
It shouldn’t come as a surprise that having a warm, conflict-free relationship with your siblings is a very good thing. Close sibling connections are frequently associated with lower levels of loneliness and depression, and higher levels of self-esteem. In his book, Caspi discusses the important sibling support systems that are formed in childhood: “Even in infancy, siblings reliably turn to older siblings for comfort during times of stress,” he writes. And as they grow up, those bonds are key for helping brothers and sisters navigate difficult life events, particularly shared ones, such as the illness or death of a parent.

Indeed, a Swedish study of people in their 80s found a correlation between participants who said they had a happy relationship with their siblings and overall satisfaction with life. 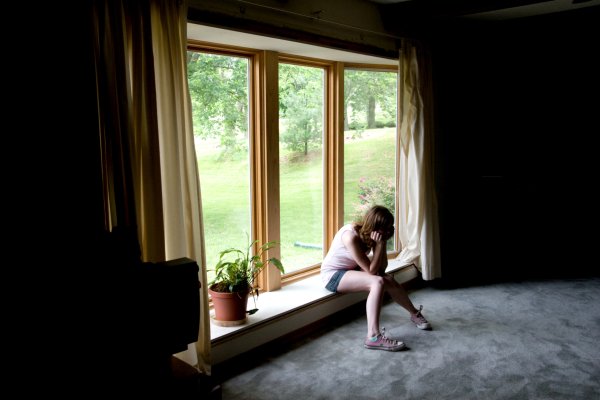 The Scientific Reason You Aren’t Enjoying Your Free Time
Next Up: Editor's Pick