Watch a Sneak Peek of One Direction's Family Guy Appearance

“Liam and Louis were very funny and an absolute pleasure to work with,” Family Guy co-executive producer Cherry Chevapravatdumrong told Entertainment Weekly of the two bandmates who recorded lines of dialogue. “Or, as the Directioner part of me would say, ‘OMG LILO I’M SCREAMING!'”

Read More: Harry Styles Cut His Hair and the Internet Is Losing Its Mind

EW also released an exclusive sneak peak at the upcoming cameo on Friday, a clip that features Stewie telling the group a “horror” story during a cutaway campfire scene. “They looked in the wardrobe and discovered that the stylist had only brought non-skinny jeans,” the youngest Griffin says as the foursome gasps in terror. 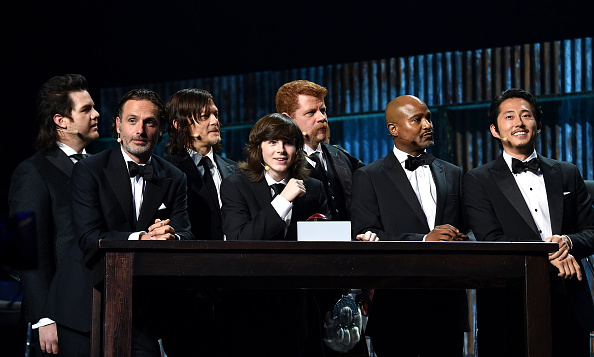 These Two Walking Dead Stars Were Spotted Helping Out at the Scene of a Car Accident
Next Up: Editor's Pick