The ‘Bombshells' That Could Be in Trump’s Taxes

Republican presidential candidate Donald Trump speaks during a rally in Omaha on May 6, 2016.
Charlie Neibergall—AP
Ideas
By Daniel J. Mitchell
Mitchell is a senior fellow at the Cato Institute who specializes in tax reform

Donald Trump is getting pressured to publicly divulge his tax returns. He’s resisting these demands, and there are five potential reasons why the presumptive Republican nominee has qualms about sharing this information.

First, he may resent the idea of letting the world look at his tax returns for reasons of personal privacy, which is an understandable sentiment. I wouldn’t want my neighbors, much less total strangers, to know about the level of my income and the sources of my income. And I suspect many other Americans feel the same way.

Then again, most Americans aren’t running for President, and there now is an expectation that voters will be able to see the personal financial details of candidates.

Can Trump get away with stonewalling on his returns? Perhaps. President Barack Obama refused to release his college transcript and didn’t seem to suffer any political damage, so there is a successful precedent for telling voters that there’s a limit to how much personal information they can see.

Second, Trump’s tax return will probably show a surprisingly low level of income, and he might be concerned that such a revelation would erode the super-successful-billionaire aura that he has created.

To be sure, a tax return showing “only” millions of dollars of annual income doesn’t mean that Trump isn’t a billionaire when measuring his total stock of wealth. But voters would probably think they had been misled.

Third, to the degree that Trump’s return shows a lower-than-expected amount of taxable income, this will probably be because his accountants and tax lawyers have carefully plumbed the 75,000-page internal revenue code for deductions, credits, exemptions, exclusions and other preferences that enable upper-income taxpayers to lower their tax exposure.

Since we all seek to legally minimize our tax liabilities, that shouldn’t be a political problem. Indeed, Trump has even bragged that “like every single taxpayer out there, I try to pay as little tax as possible, and again, one of the big reasons is I hate what our country does with the money that we pay.”

That normally would be a persuasive answer, but voters may look askance when they learn that Trump is taking advantage of mysterious provisions dealing with things they don’t understand, like depreciation, carryforwards, foreign tax credits, muni bonds and deferral.

Even though most of these rules in the tax code have legitimate purposes, voters won’t know the details, and I imagine the Trump campaign will be concerned that he’ll be perceived unfavorably.

And the perception problem might get even bigger when reporters start comparing how much Trump earns from various companies with how much those companies report in their financial statements. There almost surely will be big discrepancies, if for no other reason than the mutually inconsistent rules imposed by different agencies of the federal government. So there probably won’t be anything dodgy, but it may seem that way to ordinary voters.

Fourth, for very wealthy individuals and large companies, the complexity of the tax code means there’s no way of knowing if a tax return is accurate. So those taxpayers have considerable leeway to be cautious or aggressive, with the understanding that the IRS is more likely to push back if a return is in the latter category.

Given Trump’s persona, he presumably pushes the envelope. And it would be a safe guess that the IRS has in the past required upward adjustments in his taxable income. Again, that doesn’t mean he’s done anything the rest of us wouldn’t do if we had a similar financial profile. But because the rest of us have no clue what it’s like to operate on that level, we may jump to negative conclusions.

Fifth, it’s highly likely that Trump does business with so-called tax havens. For successful investors and entrepreneurs with cross-border economic activity, this is almost obligatory because jurisdictions like the Cayman Islands have ideal combinations of quality governance and tax neutrality.

Bill Clinton, John Kerry, Jacob Lew and many other wealthy Democrats have utilized the Cayman Islands in their international business dealings, incidentally and such actions are both sensible and legal. But in a political environment where the left has tried to demonize “offshore” tax planning, any revelations about BVI companies, Panama law firms, Jersey trusts and Liechtenstein accounts will be fodder for Trump’s many enemies.

At the end of the day, Trump presumably will make a political calculation based on what will maximize his chances of winning. So if he ultimately chooses to stonewall on his tax returns, we can safely assume that he wants to hide something that will be embarrassing even if it’s completely legal. 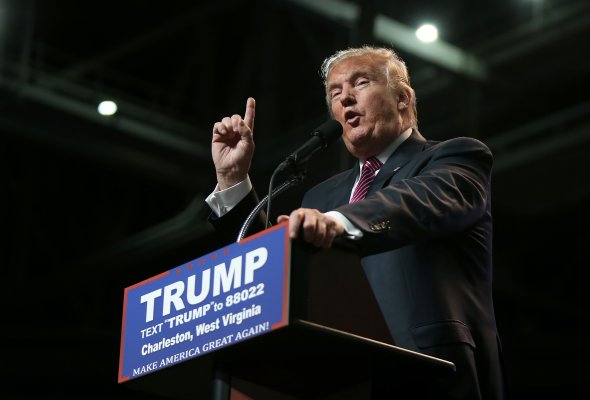 Donald Trump Is BS, Says Expert in BS
Next Up: Editor's Pick