New England Patriots tight end Rob Gronkowski will appear on the cover of the video game Madden NFL ’17 — the first player from his team to receive what has become an accolade in the realm of American sports.

The news was announced Thursday night on ESPN’s SportsCenter. On the program, Gronkowski described it as a “dream come true.”

“When I first found out, I was blessed,” he said. “It was a surreal moment.”

Gronkowski, who turns 27 on Saturday and has played for the Patriots since 2010, was a runner-up to appear on the cover of last year’s installment in the best-selling video-game franchise. He lost out to Odell Beckham Jr., a receiver for the New York Giants.

The latest edition of the game will come out in August. 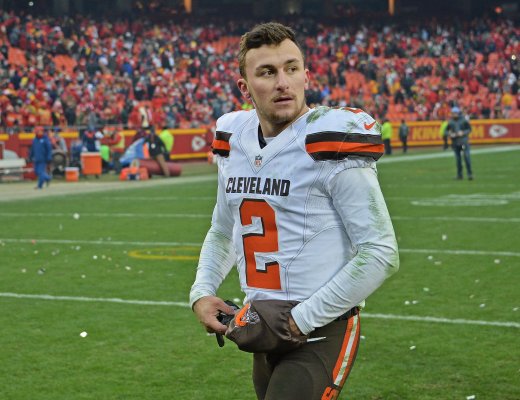 Manziel Told to Stay Away From Ex-Girlfriend
Next Up: Editor's Pick