See the National Parks Postage Stamps That Caused a Scandal

A new exhibition at the Smithsonian’s National Postal Museum—”Trailblazing: 100 Years of Our National Parks”—opens on Thursday, marking the upcoming centennial of America’s National Parks System with what Daniel Piazza, the museum’s chief curator of philately, called in a statement the “surprising and unusual ways” in which “the parks and the mail are intertwined.”

Those “unusual ways” range from the mechanisms used to move mail through the parks to letters from historic park-related sites—and to the sheet of stamps seen above, which has its own unusual story.

As the Smithsonian explains, this sheet of 1934 Yellowstone Park stamps is special because it’s “imperforate.” In other words, there are no perforations around the individual stamps. There’s also no glue on the back. In fact, they’re not really meant to be used for mailing anything. Postmaster General James Farley had prepared a number of sheets like this to give as gifts in 1934. They bore his autograph and were intended for his most important friends, like President Roosevelt. When the news leaked to stamp collectors, after a few of the gifts made it to the open market, the resulting scandal led him to order the printing of a large run of similar sheets that would be available to the public—and earned the stamps the nickname “Farley’s Follies.” (The photograph above shows one of the originals.)

As the Chicago Tribune reported in 1940, stamp collectors saw Farley’s use of the imperforate sheets as a “betrayal” of the people who loved stamps most. Though he did pay face value for the stamps he took, his signature and their mid-production state gave them far greater value to experts, turning Farley’s gifts into what some saw as major political bribes and an attempt to skew the stamp market. Though the decision to make similar sheets available to the public reduced their value, many stamp collectors never forgave Farley. 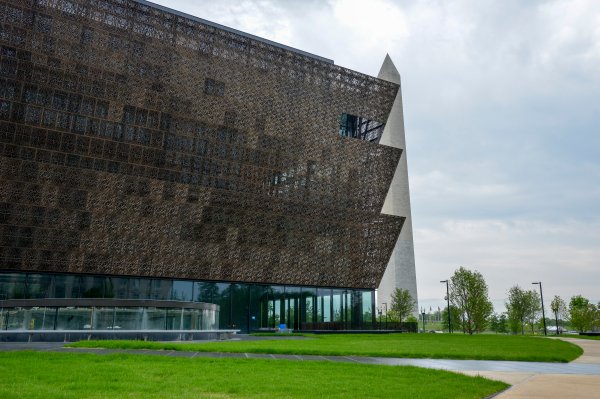 Smithsonian Previews Museum of African-American History
Next Up: Editor's Pick