What Happens in Kids' Brains When They Hear Mom's Voice

Kids can recognize their mothers’ voices in less than a second, a new study shows. And those whose brains show more connections when they hear their moms’ voice are more socially gifted than those whose don’t.

The study, which was conducted at Stanford University and was published in the Proceedings of the National Academy of the Sciences, looked at the brain activity of 24 normally developing children between the ages of 7 and 12, as they listened to recordings of various female voices saying nonsense words. Some of the words were spoken by the child’s mother and others were said by another mother not related to the child.

While researchers have long known that children are much more aware of their mothers’ voices than other sounds, and that maternal voices play an important role in kids’ brain, social and emotional development, “we don’t really know what brain circuits are selectively engaged in children in response to their mother’s voice,” says the paper’s author Daniel Abrams, a researcher in the psychiatry department at Stanford. “We thought it would be important to know how the brain organizes itself around a biologically relevant sound source like mom.”

First the researchers tested to see if kids could recognize their own mother’s voice saying psuedo-words. (For those who wish to try this at home, the words were teebudishawlt, keebudishawlt, and peebudishawlt.) The kids got it right 97% of the time, even though they heard the voice for less than a second.

Read More: How to Talk to Your Kids About their Habits

Then, using an fMRI, the researchers looked at which areas of the brain were most activated by the sound of these voices. And not surprisingly, the moms’ voices stimulated many more parts of the brain than just those that normally deal with auditory stimuli. The brainscans showed activity in the reward center, the area associated with processing emotional information, and in the network that detects information that is self-referential.

It’s also possible that the kids were visualizing their mother’s face when they heard the nonsense words. “One of the other brain circuits that was engaged by mothers’ voices is a part of the brain that is associated with seeing faces, which was odd,” says Abrams. Since the kids were looking at a black screen at the time, brain activity in that area was unexpected.

Separately, the researchers also assessed the kids’ social communication scores and found those who were the most socially adept had a particular brain pattern in reaction to their moms’ voice; the various circuits communicated with each other better. “What we found is that kids with the best social communication abilities also showed the strongest brain connectivity between the networks,” says Abrams. “It’s kind of a fingerprint for greater social function.”

Abrams hopes his research will lead to further examination of the brain mechanisms of kids whose social ability is not strong—say, kids on the autism spectrum—and whether they have weaker inter-connections between networks. “Using this exact same design,” he says, “we can start to tease apart in kids on the spectrum the nature of brain processing for these different categories of vocal sources.” 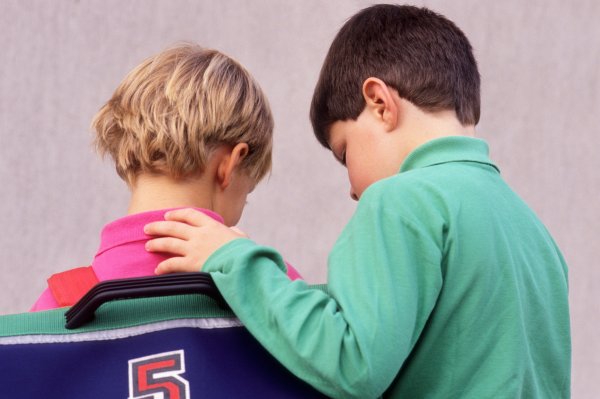 What to Say When Your Kids' Friends are in Trouble
Next Up: Editor's Pick