Former intelligence contractor Edward Snowden poses for a photo during an interview in an undisclosed location in December 2013 in Moscow, Russia.
Barton Gellman—Getty Images
By Melissa Chan

Edward Snowden on Thursday invoked Martin Luther King Jr.’s nonviolent civil disobedience to condemn the U.S. for how it treats whistleblowers, warning that others may not stand up for alleged wrongdoing if they fear punishment.

The former National Security Agency contractor, who in 2013 revealed a trove of classified secrets on the intelligence agency’s surveillance programs, defended his leaks as an act of “public service” while virtually addressing a crowd at the University of Chicago Institute of Politics.

“Martin Luther King brought forth this brand of civil disobedience . . . to create change that could not be ignored,” said Snowden, who appeared on a video screen from Russia, where he is living under temporary asylum. “If all of the weight is borne by a single individual, you can’t build a mass movement because the first one to step forward is put in jail forever.”

Snowden had leaked classified documents to journalists to expose the NSA’s practice of collecting metadata on millions of phone calls in the U.S. He told the group of Chicago students on Thursday that he would return to the U.S. to “face the music” if he would be given a fair trial. Snowden says such a trial would not be allowed under the Espionage Act, which he said does not allow defendants to avoid sanction by proving their actions were made in the public interest.

“If the government was willing to provide a fair trial, I would want to come home and make my case to a jury,” Snowden said. “But if the only tune they are playing is an unfair trial . . . is that really something that we would consider to be in America’s interest?”

Snowden said whistleblowers serve a critical role to the country and some help provide “opportunities to become stronger as a nation.”

“I don’t discount that fact that risks were involved in this,” he said [of his leaks]. “Living in a free society involves risk. That is not a weakness. That is strength.” 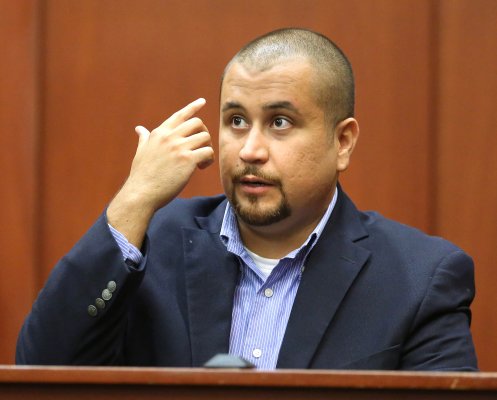 Second Broker to Auction Zimmerman's Gun
Next Up: Editor's Pick