Saturday Night Live cast member Leslie Jones is unapologetic in her thirst for Drake — at least that’s the case in the promos for the Canadian rapper’s May 14 appearance, where he’ll be serving as both host and musical guest.

In the hilarious preview clips, Jones can’t stop talking about and touching Drake’s butt — going so far as to make Drizzy sit on her lap by the end of the promo. In addition to feeling up the rapper, Jones also discusses having a skit where she “spanks him like a baby,” which Drake quickly shuts down.

The episode has lots of comic potential, given Drake’s acting chops (let us never forget Jimmy Brooks!) and his noted willingness to make fun of himself. And who could forget his hilarious monologue from his last turn as host/musical guest?

You can watch Leslie Jones cozy up to Drake in the promo video, below. 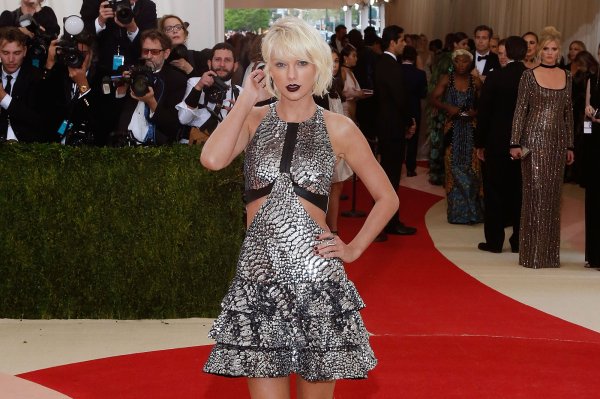 Taylor Swift Has a Dance Party for One In Her Latest Apple Music Ad
Next Up: Editor's Pick