Paul Ryan and Donald Trump met Thursday morning, but their widely publicized sit-down did not result in an endorsement from the Speaker.

Speaking at a press conference after the meeting, Ryan said he was “encouraged” by his conversation with Trump, but that “we’re going to go deeper into the policy areas to see where that common ground is and how to make sure we’re operating off the same core principles… There are policy disputes that we will have, there are no two ways about it.”

Although the meeting attracted a large amount of press, it yielded little in the way of tangible results. “This is a process,” Ryan said of unifying Republicans. “It takes some time, you don’t put it together in 45 minutes.”

A joint statement released by Ryan and Trump after their talk said, “We had a great conversation this morning. While we were honest about our few differences, we recognize that there are also many important areas of common ground. We will be having additional discussions, but remain confident there’s a great opportunity to unify our party and win this fall, and we are totally committed to working together to achieve that goal.”

Trump tweeted later that “things [are] working out really well” between himself and party leaders after his day in the capital:

The meeting between Ryan and Trump came as both men are wrestling for control of the Republican Party— Ryan on his fresh face and the merits of the conservative policies he’s touted, and Trump on the force of his personality and primary wins.

Ryan said at the press conference that he liked Trump’s personality based on their meeting, calling him “warm” and “genuine.” “I actually had a very pleasant exchange with him,” Ryan said.

Reince Priebus, the head of the RNC who met with Trump earlier Thursday, added on CNN that Ryan and Trump have “very good chemistry.”

In early May, Ryan said he was not yet prepared to support Trump’s candidacy. And speaking one day before the meeting, Ryan said he would not smile and pretend everything is fine in his splintered party.

“To pretend we’re unified as a party after coming through a very bruising primary, which just ended like a week ago, to pretend we’re unified without actually unifying, then we go into the fall at half strength,” he said Wednesday. “This election is too important to go into an election at half strength. That means that we need a real unification of our party. Which, look, after a tough primary that’s going to take some effort.”

Trump left the meeting with Ryan and other members of House leadership and went over to a meeting at the Senate, where Americans United For Change was waiting outside with cutouts of the heads of vulnerable GOP senators wearing Trump hats.

Trump also met with members of the Republican National Committee Thursday before his meeting with House leadership. Following the RNC meeting, which attracted a small gathering of Code Pink and DREAMer protesters outside, RNC head Priebus tweeted that it had gone “great.” 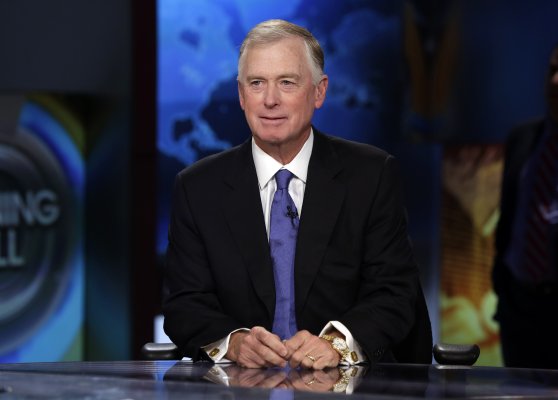