We’d already been living through a year of TV nostalgia—with The X-Files revival and Fuller House grabbing eyeballs and irritating critics—before the return of Will McAvoy.

The protagonist of HBO’s little-loved The Newsroom, a blowhard cable-news anchor with all the answers, resurfaced on the Bloomberg Politics show With All Due Respect; actor Jeff Daniels unleashed a plainly scripted homage to the character’s tendency to go on rants. For those disillusioned by Donald Trump’s and Hillary Clinton’s respective ascendancies, Daniels’s in-character speech surely felt comforting, even as it made no ideological point besides “this campaign is annoying.” Daniels announced on the one hand that the election of a woman wasn’t “unprecedented” because of the electoral history of other countries—a false equivalency—and on the other hand alluded to Clinton’s deleted emails as a sign of her untrustworthiness. Well, is she electable or not? Or does making any kind of insightful point on a show notionally about politics matter less than the jolt of seeing a familiar TV character doing a familiar old shtick?

Will McAvoy isn’t the only TV character to see a reprise in recent weeks. Allison Janney’s C. J. Cregg, the press secretary from The West Wing, resurfaced during the White House Correspondents’ Dinner weekend, giving a “briefing” to the assembled press corps. Janney delighted those who cover the White House by declaring she was “better at this” than the real-world press secretary. Though the real-life Janney had a real point to make (she was there to bring attention to opioid addiction, she said), there was an undeniable voltage, at least in the breathless press coverage, to the Cregg homage. Janney doubled down on the shtick with an appearance on The Late Late Show, in which she did a West Wing-esque “walk and talk” and told some flaccid jokes about politics with West Wing costar Bradley Whitford.

There isn’t currently a series by Newsroom and West Wing impresario on the air, but with news and talk media so eager to put forward his characters’ sensibilities, who notices a lack? The aggressive nostalgia for his characters’ snappy points of view fills a certain gap that’s been curiously unfilled in the ongoing presidential campaign—that of substantially penetrating satire. Though “Cregg” said nothing and “McAvoy” said less than nothing, their mere presence was nourishing red meat for an audience of liberals who’ve been underserved by traditional outlets of commentary this season.

Take, for instance, Saturday Night Live. The sketch-comedy series that, eight years ago, so lacerated Sarah Palin that many people still believe the candidate said she could see Russia from her house (she didn’t, Tina Fey did) has not only basically declined to meaningfully satirize presumptive Republican nominee Donald Trump as anything other than “an orange guy who pouts a lot,” it handed him the keys to the kingdom by having him host a safe, uncritical episode. Trump effectively outruns any satire of him that network shows are willing to do of him, and is in on the joke—he’s gleefully shown up on Fallon’s and Colbert’s couches for largely genial interviews. (Colbert’s play for the political center, after his years of far more aggressive political bits on Comedy Central, is understandable but leads to a somewhat uncanny viewing experience, despite the host’s skills.) And on onetime political-comedy standby The Daily Show, South African-born comic Trevor Noah seems simply befuddled.

It’s not that there are no jokes out there about the current political scene that penetrate, but it does feel as though the story has developed more quickly than comedy’s ability to metabolize it. So when a character from a show known for its strong and aggressive point-of-view reoccurs to dish out bland but loud platitudes—whether that character is Will McAvoy or the notionally retired Jon Stewart, declaring Donald Trump a “man-baby” and returning to the exhausted “small hands” well in a widely-covered interview with David Axelrod—it has the tendency to feel like a public service. Louis C.K.’s self-conscious “throwback” series Horace and Pete was widely praised, for instance, for the manner in which its quick turnaround time allowed it to comment on Donald Trump, even when the statements lacked much in the way of insight. The mere fact they happened at all was startling.

Past election cycles generated meaningful entertainment, so much so that it’s jarring to look out over a dried-up comedy landscape today. There’s action on its fringes, like on TBS’s Full Frontal with Samantha Bee, but the entire mainstream has basically ceded the generation of political entertainment to one very entertaining politician with whom they can’t keep up. The West Wing and The Newsroom may, indeed, be the perfect shows for a moment in which it’s probably too late to expect a major and defining satirist to emerge. Both shows, depicting justice and reason perpetually winning out, were all about wish-fulfillment. If comedy can’t deflate a frontrunner, or isn’t willing to try, “comic” spins on old material that imagine an entirely different world can at least anesthetize viewer pain. 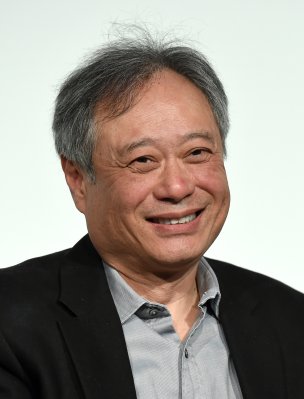