Experts are questioning a study that suggests a link between high levels of folic acid in pregnant women and a greater risk for children with autism. Taking the nutrient folate during pregnancy can prevent neural development defects early on, but a recent study suggested that there may be risks to taking too much, suggesting a higher risk for autism if a mother has four times the recommended amount of folate. However, experts, including the study authors, are saying: “Not so fast.”

The study, which was a presentation at an autism research meeting, did not find a causal link between taking folic acid and autism. What the study actually found was pretty specific. The researchers took blood tests of close to 1,400 mothers between one to three days after they gave birth and found that about 10% of the mothers had very high levels of folate, beyond recommended amounts, and that these women were also more likely to have a baby that would later be diagnosed with autism spectrum disorder.

That doesn’t mean that pregnant women should stop taking folic acid. Other studies have even suggested it can lower the risk for autism. Folate is critical to maintaining proper growth, and on May 10, the United States Preventative Services Task Force released a draft update to its existing recommendations on folic acid, and once again the group is advising all women who are planning or capable of getting pregnant take a daily supplement of 0.4 to 0.8 mg of folic acid.

“We have long known that a folate deficiency in pregnant mothers is detrimental to her child’s development. But what this tells us is that excessive amounts may also cause harm. We must aim for optimal levels of this important nutrient,” study author M. Daniele Fallin, director of the Bloomberg School’s Wendy Klag Center for Autism and Developmental Disabilities said in a statement. The study findings were presented at the 2016 International Meeting for Autism Research in Baltimore.

The authors of the study are also anxious that their study is not misunderstood. “There’s this danger that the message would be that folate supplementation is bad. And that’s not at all what we saw,” Fallin told the Atlantic.

The new study is an early finding and more research is needed. The researchers say more focus should be placed on understanding the optimal dosing for women for the greatest health benefit. 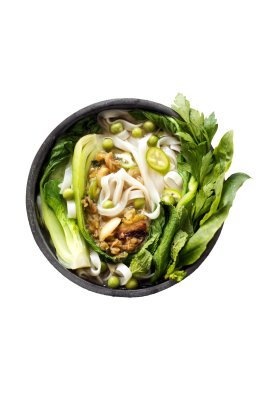 Entrée the Bowl
Next Up: Editor's Pick