It’s Sunday morning in London, and Sadiq Khan is sitting in the newly vacated mayor’s office. A huge map of the city is pinned to an inner wall, and the River Thames can be seen glistening in the unseasonably warm weather outside. Khan has been chief executive of the city for little more than 24 hours, and he’s wondering when Prime Minister David Cameron might call to congratulate him. Picking up his phone to show TIME hundreds of unread messages of congratulations, he spots a missed call. It’s from 10 Downing Street, the Prime Minister’s residence. He will return the call later that day.

Khan, 45, won a landslide, 14-point victory as the Labour Party’s candidate in the early hours of May 7 after one of the nastiest electoral contests in recent British history. His Conservative Party opponent, Zac Goldsmith, put Khan’s Muslim faith under scrutiny, demanding to know why Khan had appeared on platforms with Islamic extremists as a human-rights lawyer. (His answer: he was defending them.) Londoners rejected Goldsmith and the ruling Conservative Party, choosing instead to elect the son of an immigrant Pakistani bus driver to become the British capital’s mayor–not to mention the most prominent Muslim politician in the Western world. “I feel like the luckiest person in the world,” he says. “I am the boy who won the golden ticket.”

That golden ticket puts him in charge of a city of nearly 9 million people, only the third person to be elected to the job since the position was created in 2000. The mayor is in charge of the city’s strategic planning, transport, policing and economic development but has become to many people the face of London. And now, for the first time, that face looks like the 44% of Londoners who are not white.

Khan never set out to be a representative for his faith, but that is the role thrust upon him in a European capital where the threat of radical Islamic terrorism is real. British authorities say that at least 800 people have left the U.K. to fight for ISIS in Iraq and Syria. Nearly half of these largely young fighters have returned, sparking fears that some could be plotting terrorist attacks on home turf.

London is an obvious target. After scores of IRA attacks late in the last century, the city has been hit at least twice by Islamic terrorism–first in the bus and subway bombings of July 7, 2005, which killed 52, and again in 2013 when a 25-year-old soldier was hacked to death near his barracks in Greenwich.

Khan says his rise to city hall can be seen as a riposte to the surge of extremism in the U.K. “I am a Londoner, I’m British, I’m of Islamic faith, Asian origin, Pakistani heritage, so whether it’s Daesh [a derogatory Arabic acronym for ISIS] or these others who want to destroy our way of life and talk about the West, they’re talking about me. What better antidote to the hatred they spew than someone like me being in this position?”

Aspiration, in other words, can engage disaffected youths who yearn for meaning and sometimes find it in extremism. “You say to youngsters, You can be British, Muslim and successful. You can go into business, you can go into medicine, you can go into politics.”

Khan’s life certainly qualifies as one example. The son of immigrants (his mother was a seamstress), he grew up in a housing project so tough that the future mayor took up boxing to defend himself. But inspiration is also on offer, he says, in the achievements of the double Olympic gold medalist and long-distance runner Mo Farah and singer Zayn Malik, who has risen higher on his own than as part of One Direction. “The way to respond to somebody who tries to brainwash people with a sort of nihilistic view of life and says the way to get success in this world and the hereafter is to get a Kalashnikov and go to commit–in inverted commas–‘jihad’ is to say, ‘You know what? That’s not true.'”

He understands he’ll be a target to some; he was singled out by Islamic fundamentalists as a Labour member of Parliament in 2013, receiving death threats for voting in favor of same-sex marriage. “I’ve experienced the receiving end of this extremism,” he says. “I understand what that’s like.”

But Khan serves as an example to more than troubled youth, says Wes Streeting, a fellow Labour lawmaker who campaigned for him. “Given the way politics is at the moment, particularly in the U.S.,” he says, “we feel London has offered a message not just to our country but to the rest of the world about the kind of inclusive society we want to live in.”

Unfortunately, London is anything but inclusive in another key area familiar to voters on both sides of the Atlantic: economic equality. The average price for a townhouse now stands at about $887,000, with most large family homes unaffordable to all but the staggeringly wealthy. London real estate is widely known as a place for Russian and Arab oligarchs to park their billions. “London is the greatest city in the world, but we’re at a crossroads,” Khan says. “Ordinary Londoners have been priced out of our city because of the housing crisis. We’re a city that’s growing in population, but the infrastructure can’t cope with the growth.”

He plans to ensure a pipeline of new, affordable homes for lower-and middle-class people by fast-tracking new construction projects and freeing up land owned by public bodies he controls, like London’s transportation authority. As blueprints for responsible growth, he cites New York City Mayor Bill de Blasio’s affordable-housing plans and Chicago Mayor Rahm Emanuel’s idea for a city infrastructure bank, though both proposals are untested and have yet to win approval by local residents.

And compared with the mayors of most large American cities, Khan has limited powers. He regularly points out that in London, the mayor controls only 7% of tax revenue raised in the city, against 50% in New York and at least 70% in Tokyo. The rest goes to the government and is mostly distributed to the rest of the country. What’s more, the 32 London boroughs are each in charge of their own local services such as education, social programs and waste collection.

Still, Khan is the mayor and plans to meet his counterparts in the U.S. to exchange ideas and show the flag. Pointedly, he adds that he will have to travel before the end of the year, in case Donald Trump is elected President. The presumptive Republican nominee called for a “total and complete shutdown” of Muslims entering the U.S. after the attacks in San Bernardino, Calif. “If Donald Trump becomes the President, I’ll be stopped from going there by virtue of my faith, which means I can’t engage with American mayors and swap ideas,” he says.

Khan’s remarks prompted a slight softening from Trump. “There are always exceptions,” the billionaire said on May 9. “I think [his election] is a very good thing, and I hope he does a very good job.” But Khan doesn’t think it will come to that. “I’m confident that Donald Trump’s approach to politics won’t win in America,” he says.

The biggest political question vexing Britain, however, is the looming referendum on whether to leave the European Union, a vote slated for June 23. Most political pundits expect victory for the “remain” side, which is headed by Cameron, over the “Brexiteers”–the foremost member being Boris Johnson, who was mayor of London before Khan.

The contest is close, with an average of six recent polls putting the campaigns at 50-50, according to analysis by NatCen Social Research. In March, while still in office, Johnson claimed to fellow lawmakers that London’s financial center, known as the Square Mile, would “flourish mightily” if Britain were to leave the E.U.

That’s not how Khan sees it. “More than half a million jobs in London are directly dependent on the E.U.,” he says. “Sixty percent of the world’s leading companies, including Sony, AIG and China Telecom, have their E.U. headquarters here in London. Half of London’s exports go to the European Union. Leaving the European Union would be catastrophic for our city.”

It’s not just on Europe that Khan differs from Johnson, the ebullient blond Tory known for his faux-bumbling manner and tendency to quote ancient Roman poets by heart. The new mayor claims to be a “metrosexual” who enjoys pop music with his young daughters, but cuts a more serious figure in public than his predecessor. “The problem of the last eight years is Londoners have been given the impression that the job of the mayor is to cut ribbons, walk the red carpet and tell a few jokes,” he says. “I can do all that, by the way, as well. But actually, mayors can do a huge amount. They can use the pulpit of city hall to bring people together.”

Johnson is now widely seen as a prospect to succeed Cameron. The current leader of Labour, Jeremy Corbyn, is from the party’s far left and won the post after a populist insurgency but is viewed as having little chance of winning a general election. Could Khan ever leverage his new position to become Britain’s first nonwhite Prime Minister? “Look, the job of the mayor of London for me is a destination job. It’s not a stepping-stone,” he says. “Being the mayor of London is such a huge privilege that the idea that I would use city hall as a springboard for a coup or whatever doesn’t appeal to me.”

He says he is content to surrender his seat in Parliament to be a “full-time mayor,” albeit one with the biggest mandate of any politician in the U.K. The next campaign, after all, is the one on Brexit, and it will be waged across party lines. “I’m going to be a Labour mayor campaigning with a Conservative Prime Minister for us to remain in the European Union,” Khan says. The next time Downing Street calls, there will be plenty to talk about. 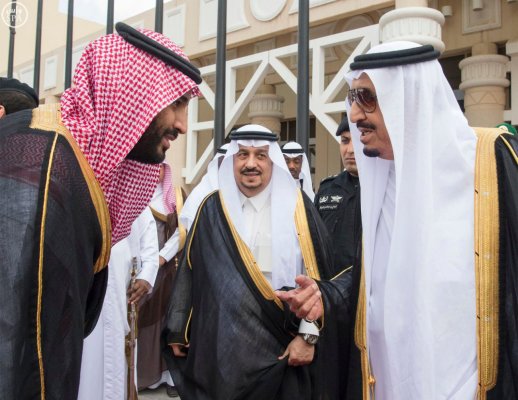