South Korean protesters who claim that a sterilizing hygiene product made by Reckitt Benckiser has led to deaths in South Korea demonstrate n in Seoul on May 9, 2016
Lee Young-ho—AP
By Nash Jenkins

South Korean prosecutors have filed charges against four executives involved in the development and sale of a humidifier disinfectant solution that proved to be toxic, the Korea Herald reported on Wednesday.

Dozens of people have died since 2011 after coming into contact with the solution manufactured by Oxy, the South Korean division of the British conglomerate Reckitt Benckiser, whose portfolio of consumer goods includes French’s Mustard and Lysol. Prosecutors accuse Oxy of evading the necessary toxicity tests before introducing the product to the South Korean market in 2001, and say that it was falsely marketed as being safe for children.

Charges were filed against the CEO of the South Korean operation, Shin Hyun-woo, two members of the product’s research team, and a businessman who sold a different disinfectant product containing the same lethal compound.

The South Korean government says that of 221 individuals suffering from lung damage, 177 had been in contact with the product, called Oxy Ssak Ssak. The government has also linked at least 70 deaths to the product, though the Herald places that figure at 140.

Family members of victims have called for a South Korean boycott of products manufactured by Reckitt Benckiser. 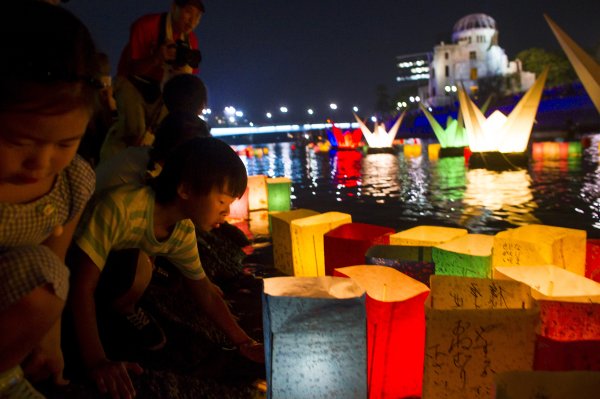 No Hiroshima Apology From Obama Necessary, Poll Finds
Next Up: Editor's Pick