Most Japanese Say No Hiroshima Apology From Obama Is Necessary, a Poll Finds

Children release lanterns into the Motoyasu river in front of the Atomic Bomb Dome to remember the atomic bomb victims on the 70th anniversary of the bombing of Hiroshima, western Japan, August 6, 2015.
Thomas Peter—REUTERS
By Mark Rivett-Carnac

The majority of Japanese citizens do not expect an apology from President Barack Obama for the Hiroshima bombing when he visits the site where the U.S. used an atomic weapon to end World War II, according to a recent poll from the Japan Times.

The newspaper conducted an online survey and street interviews after the White House announced Obama’s trip, the first by a sitting U.S. president. Of more than 600 responders, 62% said the president should not apologize and 41% said he should rather make a commitment to nuclear nonproliferation, the Times reports.

This largely aligns with the White House’s description of how the heavily symbolic visit on May 27 will unfold. Instead of apologizing, Obama intends his visit to “send a much more forward-looking signal about his ambition for realizing the goals of a planet without nuclear weapons,” White House Press Secretary Josh Earnest said at a Tuesday press briefing. 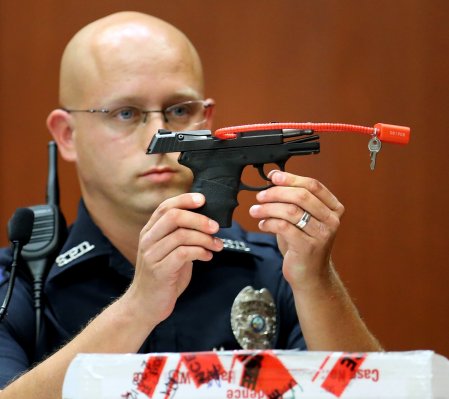 George Zimmerman Gun Removed From Site
Next Up: Editor's Pick