Johnny Depp has a few tricks up his sleeve — er, hat — for some unsuspecting fans in a new video promoting Disney’s Alice Through the Looking Glass.

Depp dons his full Mad Hatter costume and surprises Disneyland-goers via an interactive billboard fitted with a hidden camera. He winks, waves, and smiles at passersby, and at one point, he yells, “Ouch!” when a woman leans against the display. He also introduces himself, fittingly, as the “Had Matter” and asks to fit a child for a hat, telling her, “You have a wonderful cranium.”

Depp’s character is at the center of Through the Looking Glass, Disney’s sequel to 2010’s live-action Alice in Wonderland. In the new film, Alice (Mia Wasikowska) returns to Underland and has to travel back in time to save Depp’s Mad Hatter. The Tim Burton-produced film, inspired by Lewis Carroll’s classic stories, also stars Anne Hathaway, Matt Lucas, Helena Bonham Carter, Rhys Ifans, and Sacha Baron Cohen, as well as the voices of Alan Rickman (in his final performance before his January death), Stephen Fry, Michael Sheen, and Timothy Spall.

See Depp’s Mad Hatter surprise, complete with bubbles, in the video above. Through the Looking Glass opens in theaters on May 27. 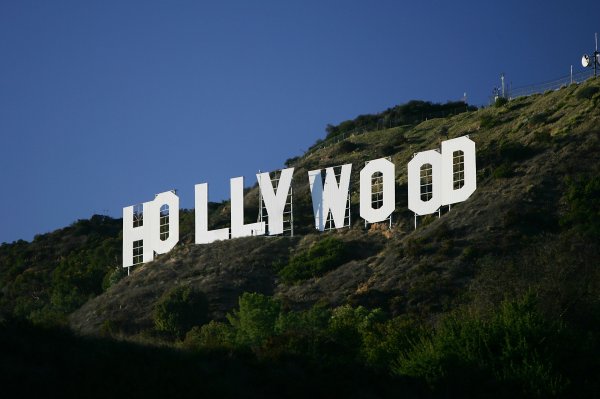 ACLU: Feds Are Investigating Hollywood Sexism
Next Up: Editor's Pick